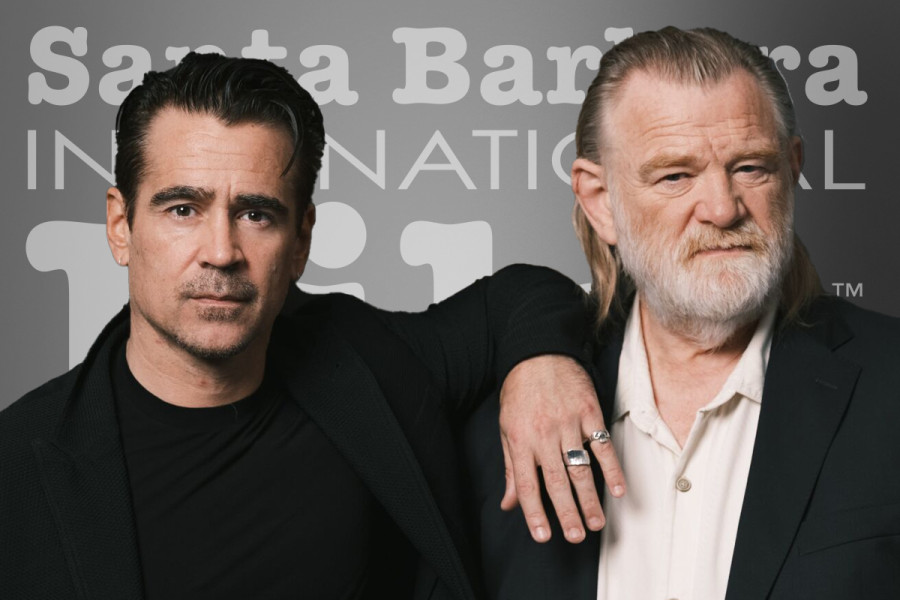 
Colin Farrell & Brendan Gleeson will be honored with the Cinema Vanguard Award at the 38th annual Santa Barbara International Film Festival, on Thursday February 16th, 2023. The event will be an in-person conversation about their careers where they speak on their performances including Martin McDonagh’s THE BANSHEES OF INSHERIN.

“Gleeson and Farrell’s individual careers have been exemplary and their collaboration in two McDonagh films show us two actors perfectly in sync - in both pathos and humor.  They’re a joy to behold and quite a treat for us to get to celebrate them together” SBIFF’s Executive Director Roger Durling noted.

Colin Farrell has had a distinguished career of nearly twenty-plus years in film and television. He can be seen in Warner Bros.’ The Batman for director Matt Reeves; in the MGM film Thirteen Lives for director Ron Howard; in the BBC / AMC drama “The North Water”; and After Yang which premiered at the 2021 Cannes Film Festival and also made its North American debut at the 2022 Sundance Film Festival. Farrell was most recently seen in Tim Burton’s 2019 live action film Dumbo and Fox’s 2018 ensemble feature Widows, directed by Steve McQueen and co-starring Viola Davis. In 2017, Farrell made his second film with Yorgos Lanthimos, The Killing of the Sacred Deer opposite Nicole Kidman for A24. The film premiered at the Cannes Film Festival along with Sofia Coppola’s The Beguiled in which he also starred with Nicole Kidman, Elle Fanning, and Kirsten Dunst. That same year, he appeared opposite Denzel Washington in the Sony film Roman Israel, Esq., written and directed by Dan Gilroy.

A former teacher, Dublin-born Brendan Gleeson left the profession to pursue a career in his first love – acting. He joined the Irish theater company Passion Machine and has since starred on the stage, in films, and on television, winning fans and awards worldwide. Other recent films include: The Coen Brothers’ The Ballad of Buster Scruggs for Netflix; Hampstead, opposite Diane Keaton; Paddington 2 also starring Hugh Grant, Sally Hawkins, and Julie Walters; Trespass Against Us opposite Michael Fassbender; Vincent Perez's Alone in Berlin opposite Emma Thompson; Assassin's Creed once again with Michael Fassbender; the Warner Bros. Ben Affleck starrer Live By Night; Ron Howard's In the Heart of the Sea; and Suffragette opposite Carey Mulligan and Meryl Streep, once again winning the BIFA Award for Best Supporting Actor.