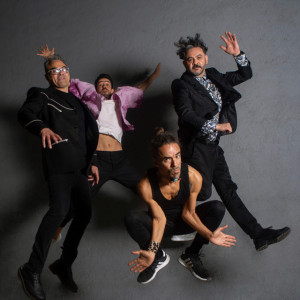 Cafe Tacvba is widely recognized as Mexico’s leading alternative rock band and one of the most influential alternative groups to come out of Latin America. They have spearheaded a non-conformist musical movement with their blending of elements such as rock, indigenous folk, electronic and punk music. Being a live band is in their DNA: they originated as a live act with a cult following, refining their music through multiple performances before ever recording. With a career spanning over 30 years, they continue to expand an already massive audience of devoted fans throughout the Americas, Europe and beyond.