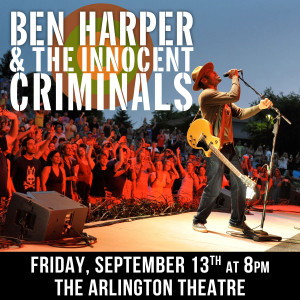 
Today, Ben Harper announced he will perform with his band, The Innocent Criminals at Santa Barbara’s intimate Arlington Theatre on September 13 at 8:00 PM. The Goldenvoice presale begins Thursday, April 4 at 10:00 AM until 10:00 PM with the password, FOOLED. The general on sale begins Friday, April 5 at 10:00 AM via AXS.com.