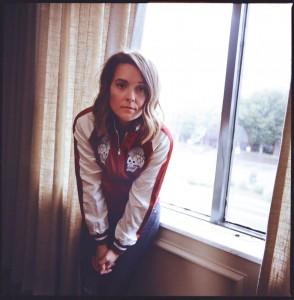 Brandi Carlile’s highly anticipated new album, By The Way, I Forgive You, is out now on Low Country Sound/Elektra Records. In celebration of the album, the band will embark on an extensive nationwide tour this year including a newly added show at Arlington Theatre in Santa Barbara on Saturday, August 18 at 8:00 PM. Tickets go on sale Friday, April 6 at 10:00 AM via AXS.com.

Over the course of their acclaimed career, the band has released six albums, including 2015’s The Firewatcher’s Daughter, which garnered a Grammy nomination for “Best Americana Album.” Additionally, last year, they released Cover Stories: Brandi Carlile Celebrates 10 Years of the Story (An Album to Benefit War Child), which features 14 artists covering the songs on their breakthrough album The Story with all proceeds benefiting War Child. Artists included on the acclaimed project, which Rolling Stone calls, “tender and powerful,” include Dolly Parton, Adele, Pearl Jam, Kris Kristofferson, The Avett Brothers, Margo Price and Jim James as well as a forward written by President Obama. More details can be found here.

In addition to their work as a band, Carlile and the Hanseroth twins remain committed to social activism and advocacy. Together, they are founders of the Looking Out Foundation, which aims to amplify the impact of music by empowering those without a voice. From neighborhood to nation, the foundation helps fund causes and organizations that often go unnoticed. $1 from every concert ticket sold goes directly toward efforts to support the diverse demographic they aim to serve. For more information on how to volunteer, donate or advocate visit lookingoutfoundation.org.

For our upcoming 2018 spring and summer tour, each online ticket order will include a digital copy of our new album, By The Way, I Forgive You. We absolutely can’t wait to be with our friends and fans on the road and play these special songs for you. Instructions on how to redeem your album will be emailed within 7-10 days of your ticket purchase. US /Canadian residents only, offer not valid on Resale tickets.