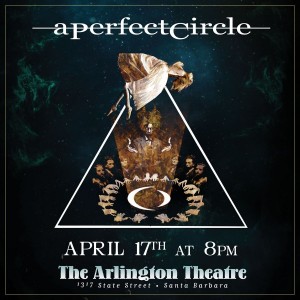 
A Perfect Circle announced the release of Eat The Elephant, their fourth full-length album and first since 2004’s eMOTIVe, on April 20 via BMG. The album arrives following years of anticipation and speculation, which reached a fever pitch as the outfit helmed by Maynard James Keenan and Billy Howerdel launched their Fall 2017 tour with the release of “The Doomed” (http://smarturl.it/TheDoomedVideo). The band then ushered in the new year with the debut of the contemplative song, “Disillusioned” (http://smarturl.it/DisillusionedYT). A Perfect Circle’s current line-up is Maynard James Keenan (Tool, Puscifer), Billy Howerdel (Ashes Divide), James Iha (Tinted Windows, Smashing Pumpkins), Jeff Friedl (Puscifer, The Beta Machine) and Matt McJunkins (Eagles of Death Metal, The Beta Machine).