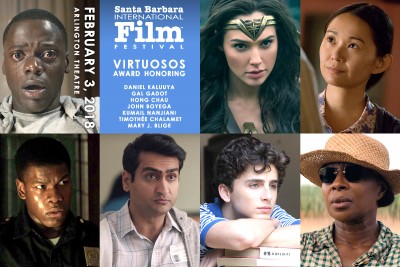 
The Virtuosos Award presented by UGG®, an honor created to recognize a select group of talent who have distinguished themselves through breakthrough performances in film this past year – will be presented to

The award presentation, which will be moderated for the eighth year by Dave Karger, will take place February 3, 2018, at the Arlington Theatre during the 33rd edition of the festival, which runs January 31 to February 10, 2018.