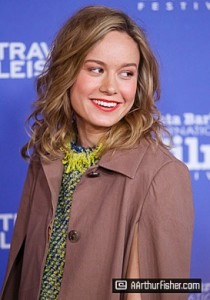 
The Santa Barbara International Film Festival is proud to present the 2016 Outstanding Performers of the Year award to both Brie Larson and Saoirse Ronan on Monday February 8, SBIFF Executive Director Roger Durling announced today. This is the first time the award will be given to two honorees. Both Larson and Ronan had previously been awarded the festival’s Virtuoso Award, in 2014 and 2010 respectively. The duo will be celebrated for their remarkable performances in Room and Brooklyn. The 2016 festival is the 31st year of the festival, which will run February 3 to February 13, 2016.

Durling stated, “This is an incredible year for emerging talent to take center stage and showcase their abilities. We’ve long been following the careers of Brie and Saoirse and their recent roles as empowered young women transcend time, place and circumstance” Adding, “We are so proud to be jointly celebrating these two great actresses in such strong performances.”