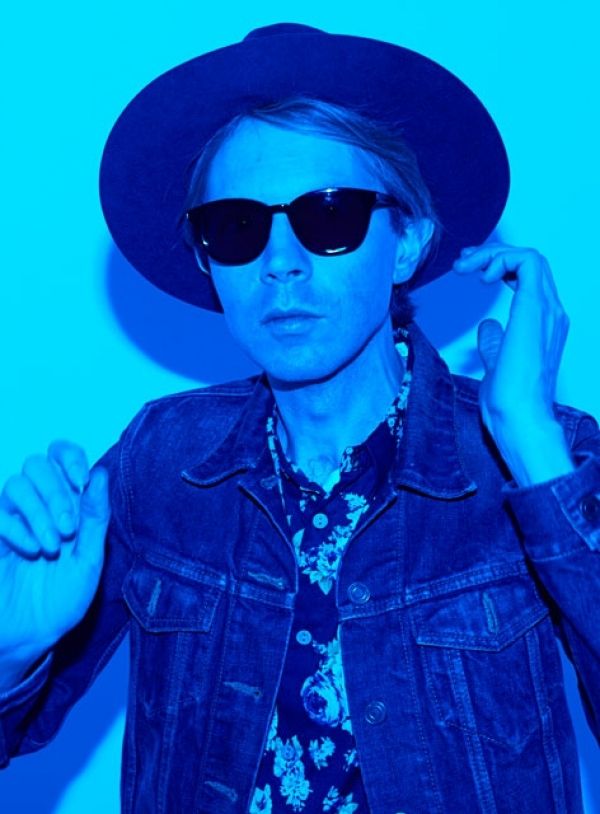 Beck will be playing the Arlington Theatre on Wednesday, April 9th. Tickets go on sale Friday, March 14th @ 10 AM. Beck's latest album and across the board contender for 2014 album of the year Morning Phase (Capitol) is spending its second week in the top 10 of the U.S. album chart, having sold almost 121,000 copies since its February 25 release.

Aside from being the first chance to hear live renditions of material from the most instantly lauded album of Beck's storied career, anyone who witnessed Beck's mere handful of live shows in 2013 knows these new dates are not be missed at any cost-a cursory glance at the reviews of those 2013 shows easily puts them among the most enthusiastic raves of Beck's-or anyone's-career:

"Electrifying... another example of a Beck show that was so good, so special, that if you missed it, you simply missed it. It probably won't go down like that again."-THE BOSTON GLOBE

"It seemed downright perverse that a show this good only received two performances -- the band had played Boston a couple of nights earlier -- but then again, Beck has made a specialty, and a great success, of defying expectations and playing by his own rules."-THE HOLLYWOOD REPORTER

"more like a 20 year retrospective on one of the most important artists of our generation rather than just a typical concert... As soon as the first few notes of 'Devil's Haircut' hummed through the speakers, it was as if someone fired a gun in the air. Everyone's attention was drawn to the stage and it pretty much stayed there for the next two hours."-THE VILLAGE VOICE

Citi is the official credit card for the Beck Tour. Citi card-members will have access to presale tickets through its Citi Private Pass program beginning Wednesday, March 12th at 10AM EST through Thursday, March 13th at 10PM EST. Visit www.citiprivatepass.com for details.

Check Beck.com for information on ticket sales, additional dates as they are confirmed and announced, etc.

Don’t miss your chance to see Beck perform at the Arlington Theatre on Wednesday, April 9th. Ticket prices are
$49.50 in advance and $55 Day of Show plus applicable service charges.