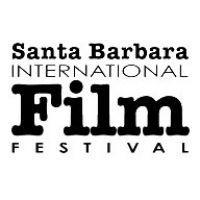 The Santa Barbara International Film Festival has set Tuesday, January 27 through Saturday, February 7, 2015 as the dates for the 30th edition. In honor of the 30th Anniversary, SBIFF has added a 12th day, extending the movie-going experience for all... just one of the many ways they will be celebrating as they enter into its third decade.

SBIFF is also introducing a brand new summer film showcase called "The Wave Film Festival." In their continued efforts to bring more year round foreign and independent films to hungry cinephiles of the Santa Barbara community, SBIFF will present a 5-day Film Festival each summer. This summer will focus solely on French Cinema. Over a dozen fresh and current French films will be shown Wednesday, July 16 through Sunday, July 20 at the Riviera Theatre.

Said SBIFF Executive Director Roger Durling, "It's fitting that as we approach the 30th anniversary SBIFF expands its programming and have more of a year round presence with the Wave Film Festival. In the future we hope to have several editions -- or 'waves' -- throughout the year, allowing for longevity and continued growth for SBIFF as well as the Santa Barbara community.

The festival bids adieu to long-time SBIFF managing director, Dr. Steve Blain, who will be leaving as of April 30th to increase his commitment to UCSB and the Health Science Honors Program. "Steve's contributions have been essential to the success of SBIFF," commented Durling. "He is an amazing leader, visionary and the best friend every organization would be fortunate to have. And thus for eleven years SBIFF has been blessed by his mighty presence." All of SBIFF would like to thank him for his years of service and aid in the organization's continued growth. See you at the movies Steve.

Passes and tickets for The Wave Film Festival are now available and once the schedule is announced, individual tickets will be sold. The annual 25% sale on passes and packages for SBIFF will start July 21 and run through August 31. To purchase or for more information, visit www.sbfilmfestival.org or call 805-963-0023.