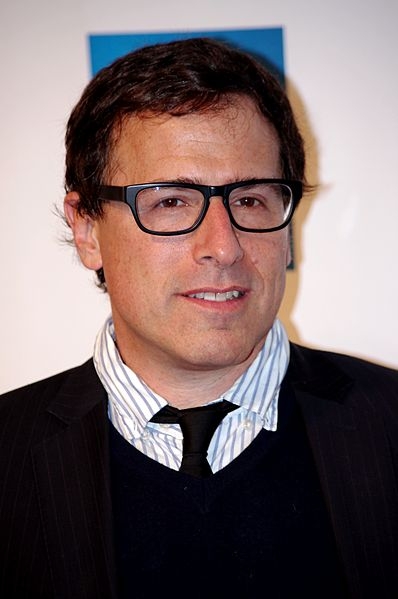 The Santa Barbara International Film Festival will present David O. Russell with the Outstanding Director Awardat the 29th edition of the Fest, which runs Thursday, January 30 through Sunday, February 9, 2014, it was announced today by SBIFF Executive Director Roger Durling.  The Tribute will take place at the Arlington Theatre on Friday, January 31.

“It was at the first-ever screening of American Hustle for the SBIFF Cinema Society last November that I knew precisely who should receive our Outstanding Director Award,” recalled SBIFF Executive Director Roger Durling.  “Now I’m glad I can let the cat out of the bag.  Russell has matured into one of the most essential voices in film today.  His deeply personal trilogy, comprised of The Fighter, Silver Linings Playbook and American Hustle, tap deeply at the core of the American dream where anyone should be guaranteed the opportunity of a second chance, of reinvention and triumph.  As a writer and director, he is not afraid to push the envelope in the cinematic world.  He has the eye for the picture he wants to present and then does so, with an expertise that is as bold as it is a joy to watch.”

A fictional film set in the alluring world of one of the most extraordinary scandals of the 1970s, American Hustle tells the story of brilliant con man Irving Rosenfeld (Christian Bale), who along with his equally cunning and seductive partner Sydney Prosser (Amy Adams) is forced to work for a wild FBI agent Richie DiMaso (Bradley Cooper).  DiMaso pushes them into a world of Jersey powerbrokers and mafia that’s as dangerous as it is enchanting.  Jeremy Renner is Carmine Polito, the passionate, volatile, New Jersey political operator caught between the con-artists and Feds. Irving’s unpredictable wife Rosalyn (Jennifer Lawrence) could be the one to pull the thread that brings the entire world crashing down. Like David O. Russell’s two previous films, American Hustle defies genre to tell a story of love, reinvention, and survival.  The film is directed by David O. Russell, written by Eric Warren Singer and David O. Russell, and produced by Charles Roven, Richard Suckle, Megan Ellison, and Jonathan Gordon.

Tickets, Festival Passes and Packages are available now and can be purchased through www.sbfilmfestival.org or by calling 805-963-0023.

The Santa Barbara International Film Festival, presented by UGG® Australia, is dedicated to discovering and showcasing the best in independent and international cinema. Now in its 29th year, SBIFF offers 11 days of 200+ films, tributes and symposiums that range from American indie films to world cinema and everything in-between.  With its commitment to cultural diversity and powerful storytelling, SBIFF transforms beautiful downtown Santa Barbara, CA into a rich destination for film lovers which attract more than 75,000 attendees. SBIFF brings to the forefront the importance and power of the art of filmmaking and continues its commitment to providing free children’s education and community outreach programs through its 10-10-10 Student Filmmaking and Screenwriting Competitions, Mike’s Field Trip to the Movies, AppleBox Family Films, 3rd Weekend and educational seminars.  For more information, please visit www.sbfilmfestival.org.