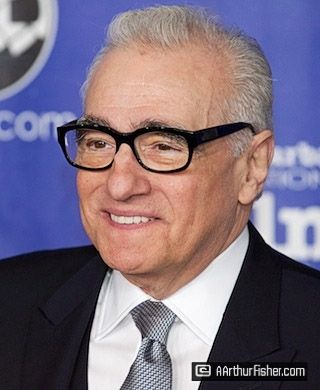 The Santa Barbara International Film Festival will honor director Martin Scorsese and actor Leonardo DiCaprio with the Cinema Vanguard Award at the 29th edition of the Fest, which runs January 30 -February 9, 2014, it was announced today by SBIFF Executive Director Roger Durling. The award presentation and evening tribute, sponsored by lynda.com, will take place on Thursday, February 6, 2014 at the historic Arlington Theatre.

Scorsese and DiCaprio will be celebrated for their extraordinary film collaboration which has produced five exemplary films including Gangs of New York, The Aviator, Shutter Island, The Departed and their latest, the critically acclaimed hit film The Wolf of Wall Street, which has taken their fearless and uncompromising work together to an even deeper level.

Martin Scorsese and Leonardo DiCaprio are two of the most recognized, respected, and multi-talented artists in Hollywood. Audiences have enjoyed watching their work continue to evolve in new ways, speaking to a level of mutual trust and risk taking that pushes them as an actor and filmmaker. This is most evident in this year’s The Wolf of Wall Street, which depicts a notorious stock swindler who squandered profits from a boiler-room "pump and dump" scheme on cocaine, prostitutes, and lavish excesses.

Martin Scorsese is an Academy Award®-winning director and one of the most prominent and influential filmmakers working today. He directed the critically acclaimed, award-winning films Mean Streets, Taxi Driver, Raging Bull, The Last Temptation of Christ, Goodfellas, Gangs of New York, The Aviator, The Departed and the 2010 box office hit Shutter Island. Scorsese has also directed numerous documentaries including No Direction Home: Bob Dylan, Elia Kazan: A Letter to Elia (both films garnering Peabody Awards), A Personal Journey with Martin Scorsese through American Movies, Il Mio Viaggio in Italia, Public Speaking starring writer Fran Lebowitz and the documentary for HBO: George Harrison: Living in the Material World. Most recently he directed Academy Award® and Golden Globe nominated film Hugo, a 3D adaptation of Brian Selznick’s children’s book, for which he won the Golden Globe for Best Director. Scorsese currently serves as Executive Producer on HBO’s hit series Boardwalk Empire for which he directed the pilot episode. He is the founder and chair of The Film Foundation and the World Cinema Project, both non-profit organizations dedicated to the preservation, restoration and protection of film.

Leonardo DiCaprio is a multi-award-winning actor and a three-time Academy Award® nominee for his roles in Edward Zwick’s Blood Diamond, Martin Scorsese’s The Aviator, and Lasse Hallström’s What’s Eating Gilbert Grape. He recently starred in Baz Luhrmann’s The Great Gatsby, Christopher Nolan’s Inception, Scorsese’s Shutter Island, and earned Golden Globes nominations for his recent roles in Django Unchained and J. Edgar. His credits also include starring roles in Scorsese’s The Departed and Gangs of New York, James Cameron’s Titanic, Woody Allen’s Celebrity, Steven Spielberg’s Catch Me If You Can, Sam Mendes’ Revolutionary Road, Luhrmann’s William Shakespeare’s Romeo + Juliet and Ridley Scott’s Body of Lies, as well as The Quick and the Dead, The Basketball Diaries, Total Eclipse, Marvin’s Room, The Man in the Iron Mask and The Beach.

Under his production company Appian Way, DiCaprio wrote, produced and narrated the acclaimed environmentally themed documentary The 11th Hour. Among Appian Way’s other productions are Shutter Island and The Aviator, as well as The Ides of March, Red Riding Hood, Orphan, Public Enemies, Out of the Furnace and Runner, Runner. DiCaprio is well known for his dedication to the environment on a global scale, spearheading numerous public awareness campaigns, and launching The Leonardo DiCaprio Foundation. DiCaprio serves on the boards of World Wildlife Fund, Natural Resources Defense Council, and International Fund for Animal Welfare.

Scorsese and DiCaprio will be feted on Thursday, February 6, 2014 at the Arlington Theatre. Tickets, Festival Passes and Packages are available now and can be purchased through www.sbfilmfestival.org or by calling 805-963-0023.

The Santa Barbara International Film Festival is dedicated to discovering and showcasing the best in independent and international cinema. Now in its 29th year, SBIFF offers 11 days of 200+ films, tributes and symposiums that range from American indie films to world cinema and everything in-between. With its commitment to cultural diversity and powerful storytelling, SBIFF transforms beautiful downtown Santa Barbara, CA into a rich destination for film lovers which attract more than 75,000 attendees. SBIFF brings to the forefront the importance and power of the art of filmmaking and continues its commitment to providing free children’s education and community outreach programs through its 10-10-10 Student Filmmaking and Screenwriting Competitions, Mike’s Field Trip to the Movies, AppleBox Family Films, 3rd Weekend and educational seminars. For more information, please visit www.sbfilmfestival.org.