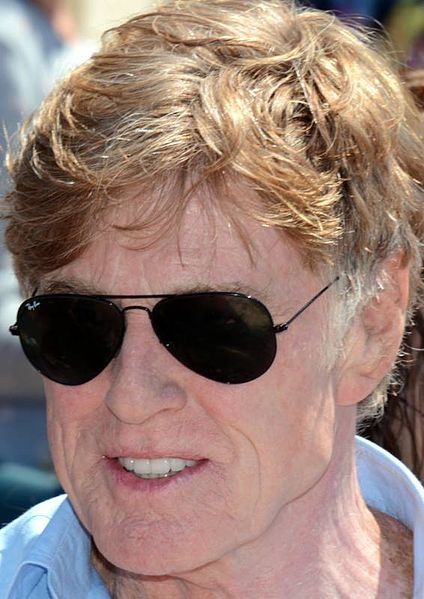 The Santa Barbara International Film Festival will honor actor, director and producer Robert Redford with the American Riviera Award at the 29th edition of the Fest, which runs Thursday, January 30 through Sunday, February 9, 2014, it was announced today by SBIFF Executive Director Roger Durling.  The Tribute, sponsored by Sunstone Winery, will take place on Friday, February 7.

“To honor Robert Redford with the American Riviera Award is an immense privilege for SBIFF,” said Durling.  “His fifty-year career - filled with significant achievements both on and off camera - is reason enough for celebration, but his role in ALL IS LOST - one of the best performances of the year - proves that he's an artist that continues to evolve and inspire us.”

Redford’s career reflects a man who embodies an array of talents.  He’s an actor, producer and director, as well as an ardent conservationist and environmentalist.  He is a staunch supporter of uncompromised creative expression and his passion remains to make films of substance and social/cultural relevance, as well as to encourage others to express themselves through the arts. Having honed his acting skill on television as well as on stage, his early film work includes Barefoot in the Park, for which he reprised his stage role of newlywed Paul Bratter, Inside Daisy Clover, Tell Them Willie Boy is Here, among others.  It was his breakthrough role in Butch Cassidy and the Sundance Kid that made Hollywood stand up and take notice.  The film became an instant classic, firmly establishing Redford as one of the industry’s top leading men.   He has since built a distinguished acting career, starring in such notable feature films as The Sting, Jeremiah Johnson, The Way We Were, The Great Gatsby, Three Days of the Condor, Brubaker, The Natural, Out of Africa, Indecent Proposal, Up Close and Personal, Spy Game, The Last Castle, The Clearing and An Unfinished Life.

Redford's directorial debut, Ordinary People won him the Academy Award® as Best Director in 1981. As director, Redford has brought to life John Nichols' acclaimed novel The Milagro Beanfield War,  A River Runs Through It and Quiz Show, which earned him yet another Best Director nomination.  He earned two Golden Globe nominations (Best Picture and Best Director) for The Horse Whisperer and went on to direct and produce The Legend of Bagger Vance. He’s also produced Lions for Lambs (in which he also acted and directed), A Civil Action, How to Kill Your Neighbor’s Dog, Slums of Beverly Hills andMotorcycle Diaries, to name just a few.

Redford is perhaps best known for establishing the Sundance Institute, dedicated to the support and development of emerging screenwriters and directors of vision, and to the national and international exhibition of new independent cinema.  The Sundance Film Festival is a program of the Institute and is internationally recognized as the single most important showcase of independent cinema.

Redford will be feted on Friday, February 7, 2014  at the Arlington Theatre. Tickets, Festival Passes and Packages are available now and can be purchased through www.sbfilmfestival.org or by calling 805-963-0023.