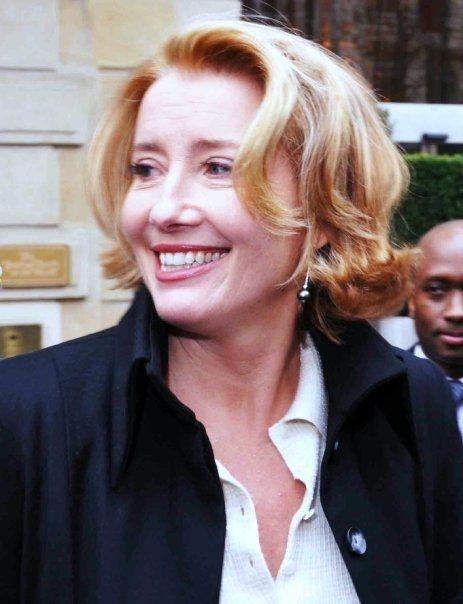 The Santa Barbara International Film Festival will honor actor, screenwriter and  producer Emma Thompson with the Modern Master Award at the 29th edition of the Fest, which runs January 30 – February 9, 2014, it was announced today by SBIFF Executive Director Roger Durling.  The Tribute will take place on Saturday, February 8, 2014 at the historic Arlington Theatre and is sponsored by Adobe.

Emma Thompson will be honored for her illustrious versatile career, which includes her captivating portrayal of P.L. Travers, author of the universally beloved Mary Poppins novels, in the upcoming Saving Mr. Banks, directed by John Lee Hancock.

“With the distinction of being the only artist to win an Oscar for both Best Actress and Best Screenplay, Ms. Thompson exemplifies the spirit of the Modern Master,” commented Roger Durling.

Emma Thompson is one of the world’s most respected talents for her versatility in acting as well as screenwriting.  She first caused a sensation with her portrayal of Margaret Schlegel in the Merchant-Ivory adaptation of E.M. Forster’s Howard’s End, which garnered many awards, including an Academy Award, BAFTA and Golden Globe Award for Best Actress.  She earned two Oscar nominations the following year for her work in The Remains of the Day and In the Name of the Father.  She went on to win the Academy Award for Best Adapted Screenplay for her adaptation of Jane Austen’s Sense and Sensibility, directed by Ang Lee.

Thompson’s recent film credits include Pixar’s Brave, Men in Black 3; and both Nanny McPhee and its sequel, Nanny McPhee Returns, for which she wrote the screenplays and starred in the title role. She brought to the screen JK Rowling’s character of Sybil Trelawney in the Harry Potter series.  Other film credits include Henry V, Dead Again (1991), Peter’s Friends (1992), Much Ado About Nothing (1993), Junior (1994), Carrington (1995) and The Winter Guest (1997), Love Actually for director Richard Curtis and Imagining Argentina for director Christopher Hampton. She has starred in three projects directed by Mike Nichols: Primary Colors (1998), the HBO telefilms Wit (2001, in a Golden Globe-nominated performance) and Angels in America (2002, Screen Actors Guild Award nomination and EMMY Award nomination).

The Santa Barbara International Film Festival runs January 30 – February 9, 2014. The Modern Master Award will be presented at the historic Arlington Theatre on Saturday, February 8, 2014. Tickets are available now and can be purchased through www.sbfilmfestival.org or by calling 805-963-0023. Festival Passes and Packages are still available and sold exclusively at www.sbfilmfestival.org and 805-963-0023.

UPDATE: This event has been cancelled because Ms. Thompson is on set filiming a new movie. Please see this article for the award replacement.