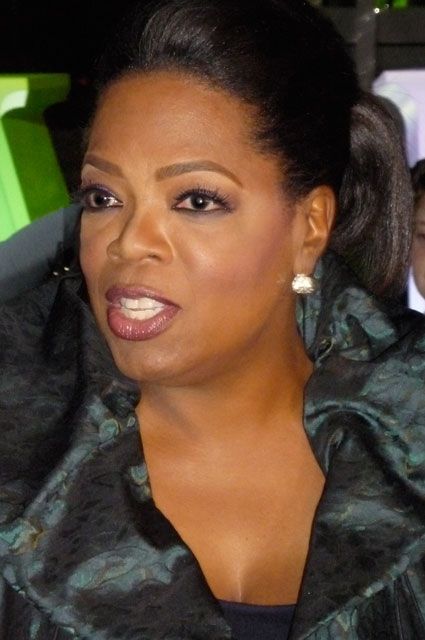 The Santa Barbara International Film Festival is proud to announce that it will honor Oprah Winfrey with the prestigious Montecito Award presented by UGG® Australia at the 29th edition of the Festival on behalf of her inspirational performance in Lee Daniels' The Butler and as a celebration of her overall career.  The Tribute will take place on Wednesday, February 5, 2014 at the historic Arlington Theatre.

The Montecito Award was created in recognition of a performer who has given a series of classic and standout performances throughout his/her career and whose style has been a contribution to film. Previously, the award has been given to such luminaries as Daniel Day-Lewis, Geoffrey Rush, Julianne Moore, Kate Winslet, Javier Bardem, Naomi Watts and Annette Bening, who was the very first recipient in 2005.

Oprah Winfrey’s most recent work includes her moving portrayal of supportive wife Gloria Gaines in Lee Daniels’ The Butler. This historical drama stars Forest Whitaker as an African American butler working at the White House through multiple administrations, set against the arc of the civil rights movement.

“Ms. Winfrey, the actress, inhabits Gloria Gaines with such gusto – she makes you forget Oprah the impresario,” comments SBIFF Executive Director Roger Durling.  “Her performance is career-defining and reason to rejoice.”

Winfrey, an accomplished actress, producer and business woman, made her acting debut in 1985 with the period drama The Color Purple portraying the troubled wife, Sofia, a performance that garnered her an Academy Award® nomination for Best Supporting Actress.   In 1998, she starred in and produced Jonathan Demme’s Beloved and in 2009 she served as Executive producer on Lee Daniels’ film Precious, which went on to receive six Academy Award® nominations and winning two.  Winfrey also lent her voice in several movies such as Charlotte’s Web, Bee Movie and The Princess and The Frog.   For 25 years Oprah Winfrey was in America’s homes as host and producer of The Oprah Winfrey Show under her own banner of Harpo Productions and is currently the Chairman and CEO of OWN: Oprah Winfrey Network.  In 2011 the Academy of Motion Picture Arts and Sciences awarded her with the Jean Hersholt Humanitarian Award for efforts that promote hope around the world and goodwill for the film industry.

The Santa Barbara International Film Festival runs January 30 – February 9, 2014. The Montecito Award will be presented at the historic Arlington Theatre on Wednesday, February 5, 2014. Tickets are available now and can be purchased through www.sbfilmfestival.org or by calling 805-963-0023. Festival Passes and Packages are still available and sold exclusively at www.sbfilmfestival.org and 805-963-0023.