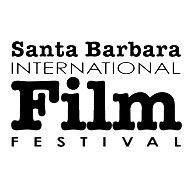 SBIFF SETS DATES FOR BOTH THE 29TH and 30TH EDITIONS

“In planning long term we wanted to lock in the dates for the next two years,” comments SBIFF Executive Director Roger Durling.  “As the festival has grown, it takes many people to make it run smoothly and efficiently; setting the dates now allows us to move forward with bringing the quality of films that our audience has come to know and expect, especially as we celebrate the 30th Anniversary of the Santa Barbara International Film Festival in 2015.”

SBIFF is introducing a brand new way of attending the festival with the new Concierge Pass. This pass will not only come with its own personal concierge service but reserved seating and priority access to all screenings, tributes and panels. The Concierge Pass as well as all Festival Passes and Packages are currently on sale and are discounted at 25% until June 28. They can be purchased exclusively at www.sbfilmfestival.org or by calling 805-963-0023.

The Santa Barbara International Film Festival is dedicated to the art of filmmaking by seeking out and offering a broad array of international and independent films, with a commitment to diversity. SBIFF attracts more than 75,000 visitors each year and endeavors to enrich the community both culturally and economically by presenting eleven days of films, tributes and symposiums; raising consciousness of film as an art form. SBIFF presents quality American and world independent films, Latin American and Asian sidebars as well as documentary cinema within the beautiful setting of downtown Santa Barbara, a premier tourist destination. The Santa Barbara International Film Festival continues its commitment to providing free children's education and community outreach programs through its 10-10-10 Student Filmmaking and Screenwriting Competitions, Mike’s Field Trip to the Movies, AppleBox Family Films, 3rd Weekend and educational seminars.