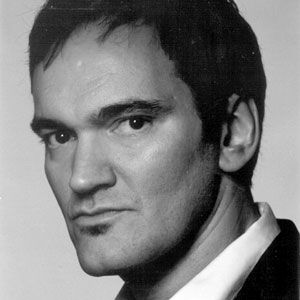 Quentin Tarantino to be honored with SBIFF's American Riviera Award, steps in for Leonardo DiCaprio due to scheduling conflicts.

Santa Barbara, CA – In recognition of his contributions to the world of film, the Santa Barbara International Film Festival, presented by lynda.com, is honored to present the American Riviera Award to the legendary, Academy Award-winning writer/director/producer/actor Quentin Tarantino whose latest film Django Unchained was released to critical and box office success and is nominated for five Academy Awards - including Best Picture - will be honored on Wednesday, January 30 at the Arlington Theatre.  Quentin Tarantino is honored to accept the award as Leo DiCaprio regrettably had scheduling conflicts and cannot attend the previous announced event scheduled for February 1.

“We were obviously saddened by DiCaprio's conflict, but blown away at the chance to honor Tarantino, one of the most stylistically daring directors who is an SBIFF favorite," says Executive Director Roger Durling.

As a writer, director, producer and actor, anything Tarantino touches becomes an instant cinematic classic. He has not only established himself as one of the most celebrated filmmakers of his generation, but his dedication and diverse producing efforts consistently demonstrate his respect for both those who came before and the ones just now breaking in.

He made his writing/directing debut with the critically acclaimed Reservoir Dogs, and just two years later he received an Academy Award® and Golden Globe Award for his groundbreaking original screenplay, Pulp Fiction. He has gone on to create such works as the screenplay for Oliver Stone’s Natural Born Killers (1994); he directed the fourth segment of the film Four Rooms; wrote and directed Jackie Brown (1997); wrote and directed Kill Bill, Vol. 1 (2003) and Kill Bill, Vol. 2 (2004); in 2005 he was credited as “special guest director” with Robert Rodriguez and writer-director Frank Miller of Sin City, and teamed up again with Robert Rodriguez to direct Grindhouse (2007).  In 2010, he directed Inglourious Basterds, and it garnered 8 Academy Awards.

His latest, - set in the South two years before the Civil War, Django Unchained stars Jamie Foxx as Django, a slave whose brutal history with his former owners lands him face-to-face with German-born bounty hunter Dr. King Schultz (Christoph Waltz). Schultz is on the trail of the murderous Brittle brothers, and only Django can lead him to his bounty. Honing vital hunting skills, Django remains focused on one goal: finding and rescuing Broomhilda (Kerry Washington), the wife he lost to the slave trade long ago. Django and Schultz's search ultimately leads them to Calvin Candie (Leonardo DiCaprio), the proprietor of "Candyland," an infamous plantation. Exploring the compound under false pretenses, Django and Schultz arouse the suspicion of Stephen (Samuel L. Jackson), Candie's trusted house slave.

Tickets available now and can be purchased through www.sbfilmfestival.org or by calling 805-963-0023. Full refunds will be given for those who purchased DiCaprio tickets, bbut those wishing to attend the Tarantino event can use the DiCaprio tickets. For a refund, please bring your ticket to the Film Festival Box Office located in the Arlington Theatre Courtyard at 1317 State Street.

The Santa Barbara International Film Festival is dedicated to the art of filmmaking, which seeks out and consequently offers a broad array of international and independent films, with a commitment to diversity.   SBIFF, which attracts more than 70,000 visitors each year, endeavors to enrich the community both culturally and economically by presenting eleven days of films, tributes and symposiums, raising consciousness of film as an art form.  SBIFF presents quality American and world independent films, Latin American and French sidebars as well as documentary cinema within the beautiful setting of downtown Santa Barbara, a premier tourist destination.  SBIFF continues its commitment to education through its 10-10-10 Student Filmmaking and Screenwriting Competitions, Field Trip to the Movies, presented by The Academy of Motion Picture Arts and Sciences and educational seminars.  For more information, log onto www.sbfilmfestival.org.