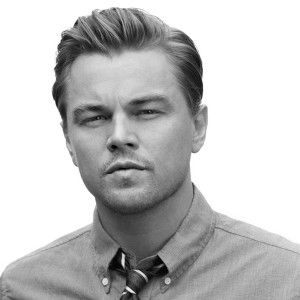 THIS EVENT HAS BEEN CHANGED.

Please see this article to read about Quentin Tarantino receiving this award.

The festival, in its 28th year, has also announced today that it will honor Academy Award® nominated actor Leonardo DiCaprio with the American Riviera Award. DiCaprio, whose latest film Django Unchained was released to critical acclaim and box office success this Christmas, will be honored on Friday, February 1 at the Arlington Theatre.

“We are thrilled to be honoring Leonardo DiCaprio with the American Riviera Award, in a year where he has shown us another layer of his immeasurable talent” commented Durling. “His performance in Django Unchained reaffirms that he is the most relevant actor of this generation.”

DiCaprio, who began his career as a teenager in television commercials, has built a remarkable catalogue that goes back to now-iconic 90’s titles such as The Basketball Diaries, Total Eclipse, and Baz Luhrman’s Romeo + Juliet. His worldwide breakthrough came with the box office juggernaut Titanic, followed by lead performances in films like Catch Me If You Can, Gangs of New York, The Departed, Revolutionary Road, Shutter Island, Inception and J. Edgar. He has been nominated three times for an Academy Award® for his performances in What’s Eating Gilbert Grape, The Aviator and Blood Diamond.

In addition to his acting work, DiCaprio has launched a production company, Appian Way. Under the Appian Way banner, he wrote, produced and narrated the acclaimed documentary The 11th Hour. Among Appian Way’s other productions are the aforementioned Shutter Island and The Aviator as well as The Ides of March, Red Riding Hood, Orphan and Public Enemies.

DiCaprio is well known for his dedication to the environment on a global scale, producing creative projects and spearheading numerous public awareness campaigns, as well as launching The Leonardo DiCaprio Foundation. He currently serves on the boards of World Wildlife Fund, Natural Resources Defense Council and International Fund for Animal Welfare.

With DiCaprio receiving the American Riviera Award and Disconnect opening the film festival, the Santa Barbara International Film Festival is proud to celebrate both an actor and a film that are in touch with today’s social and global issues and needs.