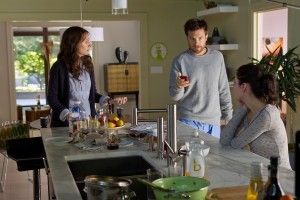 “Disconnect is a visceral and timely film experience – and an extraordinary way to start the 28th edition of SBIFF,” remarked Executive Director Roger Durling.

With DiCaprio receiving the American Riviera Award and Disconnect opening the film festival, the Santa Barbara International Film Festival is proud to celebrate both an actor and a film that are in touch with today’s social and global issues and needs.

Disconnect holds a mirror up to our community and our obsession with all things technical. The story introduces us to a vast collection of characters: A lawyer, an estranged couple, a widowed ex-cop and an ambitious journalist who are all strangers, neighbors and colleagues whose stories collide in this compelling drama about ordinary people desperate for a human connection.

Filmed with a somewhat voyeuristic style, Disconnect marks the first fiction feature from Henry-Alex Rubin, director of the Oscar-nominated documentary Murderball, and is produced by Mickey Liddell and Jennifer Monroe of LD Entertainment and William Horberg of Wonderful Films from an original screenplay by Andrew Stern. Disconnect screened at the Venice Film Festival and the Toronto International Film Festival in 2012, and will be released by LD Entertainment on April 19, 2013.