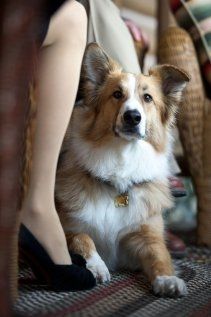 “We are incredibly privileged to have the world premiere of a Lawrence Kasdan film. The highly anticipated Darling Companion is a fantastic film to kick off the festival,” remarked SBIFF Executive Director Roger Durling.

In Darling Companion, Beth (Diane Keaton) saves a bedraggled lost dog from the side of the freeway on a wintry day in Denver.  Struggling with her distracted, self-involved husband Joseph (Kevin Kline) and an empty nest at home, Beth forms a special bond with the rescued animal.  When Joseph loses the dog after a wedding at their vacation home in the Rockies, the distraught Beth enlists the help of the few remaining guests and a mysterious young woman (Ayelet Zurer) in a frantic search.  Each member of the search party is affected by the adventure, which takes them in unexpected directions – comic, harrowing, and sometimes deeply emotional.

Darling Companion is distributed by Sony Pictures Classicsand is a production of Werc Werk Works, Likely Story, and Kasdan Pictures.

In addition to Darling Companion, SBIFF will also feature a Lawrence Kasdan Retrospective in its 2012 program. Body Heat (1981), The Big Chill (1983), and Grand Canyon (1991) will be featured, as well as a Q&A with the filmmaker himself.

The Santa Barbara International Film Festival, presented by lynda.com, is dedicated to the art of filmmaking, which seeks out and consequently offers a broad array of international and independent films, with a commitment to diversity. SBIFF, which attracts more than 70,000 visitors each year, endeavors to enrich the community both culturally and economically by presenting eleven days of films, tributes and symposiums, raising consciousness of film as an art form.  SBIFF presents quality American and world independent films, Latin American and French sidebars as well as documentary cinema within the beautiful setting of downtown Santa Barbara, a premier tourist destination. SBIFF continues its commitment to education through its 10-10-10 Student Filmmaking and Screenwriting Competitions, Field Trip to the Movies, presented by The Academy of Motion Picture Arts and Sciences and educational seminars. For more information, log onto www.sbfilmfestival.org.