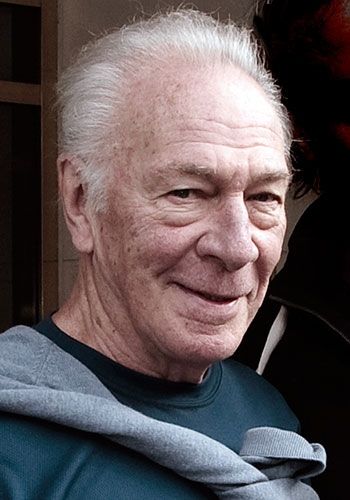 Academy Award® nominee Christopher Plummer will receive the Santa Barbara International Film Festival’s highest honor, the Modern Master Award, sponsored by lynda.com. Announced today by SBIFF Executive Director Roger Durling, the Tribute – which will take place on Saturday, January 28, 2012 at the historic Arlington Theatre - will provide a rare look at one of the most accomplished and iconic actors in film.

“My fondest memories of going to the movies and the theatre involve Mr. Plummer and I’m so grateful he’s agreed to this honor,” commented Durling. “He is one of the greatest and most cherished ones – and he gave us his best in Beginners.”

Mr. Plummer is currently receiving critical acclaim for his performance as Hal Fields in this year’s Beginners, written and directed by Santa Barbara native Mike Mills. After the death of his wife, Hal announces to his son Oliver (Ewan McGregor) that he is gay. Newly energized, Hal begins to explore the finer things in life, including a romance with a younger man. Hal is unfortunately diagnosed with cancer, but uses his remaining time to show Oliver how to love and enjoy every moment. The impact of Christopher Plummer’s performance is nothing short of invigorating as he breathes life into a character nearing the end of his life.

Christopher Plummer has enjoyed almost 60 years as one of the theatre’s most respected actors and as a veteran of over 100 motion pictures.  Since Sidney Lumet introduced him to the screen in Stage Struck in 1958, his range of notable films include The Man Who Would Be King, Battle of Britain, Waterloo, Fall of The Roman Empire, Star Trek VI, Twelve Monkeys, the 1965 Oscar-winning The Sound of Music; and, more recently, Oscar-nominated The Insider (as Mike Wallace, for which he won the National Society of Film Critics Award), the Oscar-winning A Beautiful Mind, Man in the Chair, Must Love Dogs, National Treasure, Syriana, Inside Man, Up and The Last Station, for which he received an Oscar nomination for Best Supporting Actor for his portrayal of Tolstoy.  Plummer also co-stars in David Fincher’s The Girl With The Dragon Tattoo, and he will next portray John Barrymore in Erik Canuel’s Barrymore, a role which Mr. Plummer originated on Broadway and for which he won the Tony Award.

The festivities will take place at the historic Arlington Theatre Saturday, January 28, 2012. Tickets for the Modern Master Award, presented by lynda.com, are available now and can be purchased through www.sbfilmfestival.org or by calling 805-963-0023.

The Santa Barbara International Film Festival, presented by lynda.com, is dedicated to the art of filmmaking, which seeks out and consequently offers a broad array of international and independent films, with a commitment to diversity. SBIFF, which attracts more than 70,000 visitors each year, endeavors to enrich the community both culturally and economically by presenting eleven days of films, tributes and symposiums, raising consciousness of film as an art form. SBIFF presents quality American and world independent films, Latin American and French sidebars as well as documentary cinema within the beautiful setting of downtown Santa Barbara, a premier tourist destination.  SBIFF continues its commitment to education through its 10-10-10 Student Filmmaking and Screenwriting Competitions, Field Trip to the Movies, presented by The Academy of Motion Picture Arts and Sciences and educational seminars.  For more information, please visit www.sbfilmfestival.org.