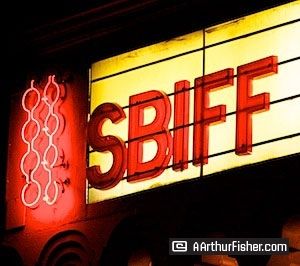 Santa Barbara, CA (April 28, 2011) – The Santa Barbara International Film Festival has set Thursday, January 26 through Sunday, February 5, 2012 as the dates for the 27th edition of the festival, it was announced today by SBIFF Executive Director, Roger Durling.

Comments SBIFF Executive Director Roger Durling, “I’m thrilled to be in the midst of preparations for the 27th edition - and celebrating my tenth anniversary at the helm of SBIFF.  Under the Board leadership of Stone, along with guidance by Barbakow, the bar will continue to be raised!”

As the new season begins, SBIFF welcomes Douglas Stone as the new President of the Board of Directors.   After five years leading the Festival Board through one of SBIFF’s most successful and fruitful years, Jeff Barbakow will become Chairman.

Douglas Stone is the founding partner of Stone, Meyer, Genow, Smelkinson & Binder, LLP and is the firm’s managing partner. His practice centers around two primary areas: the representation of talent clients (e.g., actors, writers and directors); and the representation of producers and entrepreneurial production companies in all aspects of the entertainment and related industries. Mr. Stone is also a principal of Traction Media. Traction is a company created by Stone, Meyer, Genow, Smelkinson & Binder, LLP to further the interests of independent filmmakers. Traction represents films for the sale of distribution rights as well as produces and packages feature film projects. In addition, Traction assists equity financiers seeking film projects and works with production companies that need help packaging and/or setting up their projects. Through Traction, Mr. Stone has been involved in the sale of dozens of films.

Festiva lPasses and Packages go on sale May 1 and are discounted at 25% until June 24 and can be purchased exclusively at www.sbfilmfestival.orgor by calling 805-963-0023.

The Santa BarbaraInternational Film Festival is dedicated to the art of filmmaking, which seeks out and consequently offers a broad array of international and independent films, with a commitment to diversity.   SBIFF, which attracts more than 70,000 visitors each year, endeavors to enrich the community both culturally and economically by presenting eleven days of films, tributes and symposiums, raising consciousness of film as an art form.  SBIFF presents quality American and world independent films, Latin American and Asian sidebars as well as documentary cinema within the beautiful setting of downtown Santa Barbara, a premier tourist destination.  SBIFF continues it commitment to education through its 10-10-10 Student Filmmaking and Screenwriting Competitions, Field Trip to the Movies and educational seminars.  For more information, log onto www.sbfilmfestival.org.