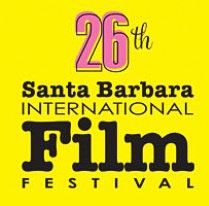 Santa Barbara, CA - The 26th Annual Santa Barbara International Film Festival announced the winners of the 2011 festival competition at a Press Conference and Sunday morning brunch at the famed Fess Parker’s Doubletree Resort. To the joy and surprise of both patrons and industry professionals, the festival's 26th season managed to surpass even the great success of last year's silver anniversary. Throughout the past 11 days, cinephiles from around the globe packed the theaters of State Street, creating one of the most vivacious periods the area has ever seen.   Commented SBIFF Executive Director Roger Durling, "This year in particular, I have been incredibly impressed by our film lineup. Each of the films possessed their own unique quality, creating one of the most diverse and interesting programs yet."   The esteemed Jury for the 2010 SBIFF included:  actor Christopher Lloyd (Back to the Future); SBIFF originator Phyllis de Picciotto; actor Billy Baldwin (Gossip Girl); writer/director Paul Brickman (Risky Business)and his wife Jennifer Brickman; writer/producerRusty Lemorande (Electric Dreams, Captain EO),Frank Donner (producer, Deliver Us From Evil); actor Anthony Zerbe(The Matrix) and his wife Arnette Zerbe and director Andy Davis (The Fugitive).

The winning films are as follows:

The Panavision Spirit Award for Independent Cinema, given to a unique independent feature that has been made outside mainstream Hollywood, went to the Australian film Face To Face (WORLD PREMIERE),directed by Michael Rymer.  Written by Australian playwright David Williamson and adapted for the screen by Rymer, the film is based on transcripts from actual conflict resolution sessions.  Wayne, a young construction worker, rams into the back of his boss’s car in a fit of anger at being fired.  Rather than going to court, he opts for a community conference to discuss the events that led to such a violent reaction. In the tradition of 12 Angry Men, Face To Face is an ensemble piece, focusing on ten very dissimilar Australians bound together by a complex pattern of relationships and shared histories. They come together to navigate a series of entanglements to help determine the fate of this troubled young man. Featuring an impressive cast of A-list Australian actors including Vince Colosimo, Sigrid Thornton, Luke Ford and Matthew Newton, this film truly reveals the tangled webs we weave.

Winner received a camera package worth $60,000.

The Best International Film Awardgoes to Togetherness Supreme from Kenya, directed by Nathan Collett, and based on true events that show a street level vantage point of the Kenyan political riots of 2007.  Kama, a talented young artist living in Kiberia, Kenya, is recruited by his friend Otieno to support a potential presidential candidate in the midst of a heated political race. In order to join, Kama must put aside the wishes of his father and turn away from the people of his village in order to achieve change after years of living in poor conditions. Things get even more complicated when a young woman enters the picture, causing friction between Kama and Otieno. Kama’s beliefs, heart and loyalty are put to the test in a city with rising tempers while the possibility of a major political upheaval is drawing near.

A special jury mention was awarded to actress Alicia Vikander from the Swedish film Pure, directed by Lisa Langseth.  Vikander portrays 20-year-old Katarina whose dreary life is instantly transformed when she discovers Mozart for the first time on YouTube, immediately fascinated by the emotional power of his music.

The Nueva Vision Award for the best Spanish/Latin American film was awarded to Nostalgia For The Light (Nostalgia De La Luc), a US PREMIERE film directed by Patricio Guzmán.  The past can either haunt or enlighten us, propelling us forward to head confidently back to the rest of our lives, or keeping us in the vicious cycle of never quite understanding. Set against the backdrop of Chile’s eerie Atacama Desert, esteemed screenwriter/director Patricio Guzmán sheds light on the link between a group of astronomers and their study of the distant past of our unknown galaxy, and a group of valiant women’s last attempts at uncovering what is rightfully theirs—the remains of their loved ones who were cruelly tortured, killed, and then unceremoniously dumped during Pinochet’s reign in the 1970s. NOSTALGIA FOR THE LIGHT is a provocative portrayal of how we treat and acknowledge the past. It presents the parallels between a horrendous event that society chooses not to acknowledge and the widely accepted and appreciated practice of astronomy.

Best East Meets West Cinema Award went to Patisserie (Coin De Rue), the WORLD PREMIERE film from Japan directed by Yoshihiro Fukagawa.   Patisserie is a story of introspect and soul-searching, both on the parts of the viewer and characters. When Tomura (Yosuki Eguchi) vanishes from the upper echelon of the pastry circuit in Japan, people are befuddled as to where he went, and why. Living a quiet life as a lecturer to confectionary students in Tokyo, Tomura figures that he is home free. That is until he is “discovered” by the young daughter (Yu Aoi) of a cake-baker, who, on a whim, decided to leave her home to follow her boyfriend to the big city. When she becomes an apprentice at a small but well-esteemed bakery, she makes it her duty to try and bring Tomura back into the proverbial pastry ring.

Best Eastern Bloc Award went to the Romanian film If I Want To Whistle, I Whistle (Eu Cand Vreau Sa Fluier, Fluier), directed by Florin Serban.  Silviu is an aloof but watchful teenager in his last week of incarceration in a brutal juvenile prison camp in Romania. When he learns the mother he blames for ruining his life is about to claim his little brother, he comes unglued. Romania’s Best Foreign Film Oscar submission, Winner of the Silver Bear (Jury Grand Prix) at the Berlin International Film Festival.

Best Documentary Film Awardwent to The Boy Mir:  Ten Years in Afghanistan,(US Premiere) directed by Phil Grabsky. Ten years in the making, this appealing documentary follows a young boy, Mir, from age 8 to 18, as he grows to adulthood with his family in rural Afghanistan. After the award-winning THE BOY WHO PLAYS ON THE BUDDHAS OF BAMIYAN (SBIFF, 2004) introduced 8-year-old Mir, the filmmakers returned to Afghanistan year after year. After the fall of the Taliban, Mir’s family is at last able to leave the Bamiyan caves to return to their distant home in the desert north. It is a hardscrabble life. Mir helps to support the family, plowing and grazing the goats on seemingly leafless mountain slopes. His dreams of becoming a teacher—or even president!—are fading, but through it all he keeps his enthusiasm and his smile. THE BOY MIR: TEN YEARS IN AFGANISTAN reveals Afghanistan in the context of one family. It is a unique and poignant human-scaled portrait.

Bruce Corwin Award for Best Live Action Short Film Under 30 Minutes went to West of the Moon, directed by Brent Bonacorso.  A narrative story based on a series of interviews with children about their dreams.

Bruce Corwin Award for Best Animation Short Film went to the Academy Award nominated The Lost Thing, directed by Andrew Ruhemann and Shaun Tan.  A boy finds a strange creature on a beach and decides to find a home for it in a world where everyone believes there are far more important things to pay attention to.

When I Rise, directed by Mat Hames, is about agifted black music student at the University of Texas who is thrust into a civil rights storm that changes her life forever. Barbara Smith Conrad is cast in an opera to co-star with a white male classmate, fueling a racist backlash from members of the Texas legislature. When Barbara is expelled from the cast, the incident escalates to national news, prompting unexpected support from a pop superstar. This small-town girl, whose voice and spirit stem from her roots in East Texas, emerges as an internationally celebrated mezzo-soprano and headlines on stages around the world.

Nostalgia For The Light (Nostalgia De La Luc), a US PREMIERE film directed by Patricio Guzmán.  (see description above)

This engaging documentary focuses on the Los Angeles music scene from the late 1960s to the early ‘70s, centered at the legendary Troubadour in West Hollywood. James Taylor and Carole King are featured as they look back, play together again, and reflect on the music world and their lives within it. By the late 1960s, there was an increasingly popular emphasis on singer-songwriters. James Taylor, Carole King, Jackson Browne, David Crosby, Bonnie Raitt, Kris Kristofferson, Steve Martin, Elton John and many more interviewed in this film brought an authenticity to their music with lyrics that were often very personal. The center of this musical blossoming was Doug Weston’s Troubadour. Director Morgan Neville has an extensive music filmography, and in this film he shows rare archival footage from Troubadour performances, especially those of Taylor and King. As a portrait of both the music and an era, TROUBADOURS celebrates timeless music and its creators.

The festival closes tonight with the World Premiere of Georges Bizet’s popular opera “Carmen in 3D,” a dazzling film directed by Julian Napier filled with some of the best-loved music ever written, performed by some of the world’s greatest singers and marking the first time ever that an opera has been filmed and shown in state-of-the-art digital 3D.  A co-production of 3D movie pioneer RealD and London’s internationally renowned Royal Opera House, “Carmen in 3D” gives the viewers the best seat in the house, taking them on a magic carpet ride onto the stage, behind the scenes and into the heart of the emotional production, immersing them as never before into this timeless story of love, jealousy and betrayal. Closing Night festivities take place at the historic Arlington Theatre and are sponsored by SB Independent and RealD.