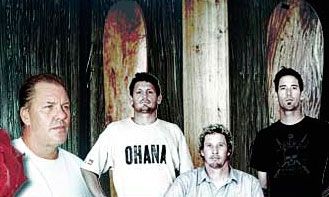 Written by Keiko Beatie on 31 January 2011 Posted in SBIFF News.

THE WESTSIDERS by Joshua Pomer

Joshua Pomer is a UCSB Alum in Film Studies and his 10th film THE WESTSIDERS has now won seven festivals awards to date.  His story of the Westside of Santa Cruz surfers bring to life the heartfelt struggle and perseverance

Recently nominated for the prestigious Surfer Poll Award, THE WESTSIDERS shares the  story of best friends Daryl “Flea” Virostko, Shawn “Barney” Barron, and Jason “Ratboy” Collins, who grew up on the Westside of Santa Cruz, surfing the notorious Steamer Steamers Lane.  They achieved their dream of becoming professional surfers before the age of 24, even with shattered homes, drug addiction, and other psychological issues.

Guided by Vince Collier known as “The Godfather” who lead the surfers to excel at this challenging surf spot.   Vince, a massive brute force, ran Steamer Lane with his own version of street justice. This film explores The Westsiders as the latest chapter in the fascinating history of Santa Cruz, California. Narrated by Rosanna Arquette   www.thewestsiders.com