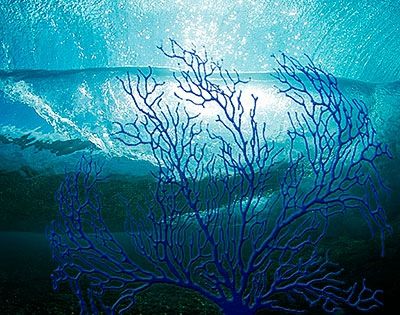 Written by Keiko Beatie on 31 January 2011 Posted in SBIFF News.

Jack McCoy a well admired action sports filmmaker, known for his dynamic cinematography, will have his 25th film A DEEPER SHADE OF BLUE in its World Premiere at the Santa Barbara International Film Festival this year.

With a dynamic musical score with such artist as Foo Fighters and to name a few A DEEPER SHADE OF BLUE will leave you more in touch with the ocean and an understanding to the sport, lifestyle and allure of surfing.  www.adeepershadeofblue.com

The Evolution of the Surfboard in eleven chapters set the tone and is a major unifying theme of A DEEPER SHADE OF BLUE's tale of the spread of Hawaiian surf culture around the globe.  Even if you know nothing of the surfing arts, you will appreciate A DEEPER SHADE OF BLUE's sweeping tale of the survival and spread of Hawaii's native surfing culture around the world, in the ocean at first, and then inland, on side-walks, mountain slopes, lakes and rivers and in the air, presented in Jack's signature scintillating photographic style.  His passion for Hawaiian surfing, brings the story to joyful life for surf enthusiasts and the world beyond. This is not a surf film, but a true film about surfing!