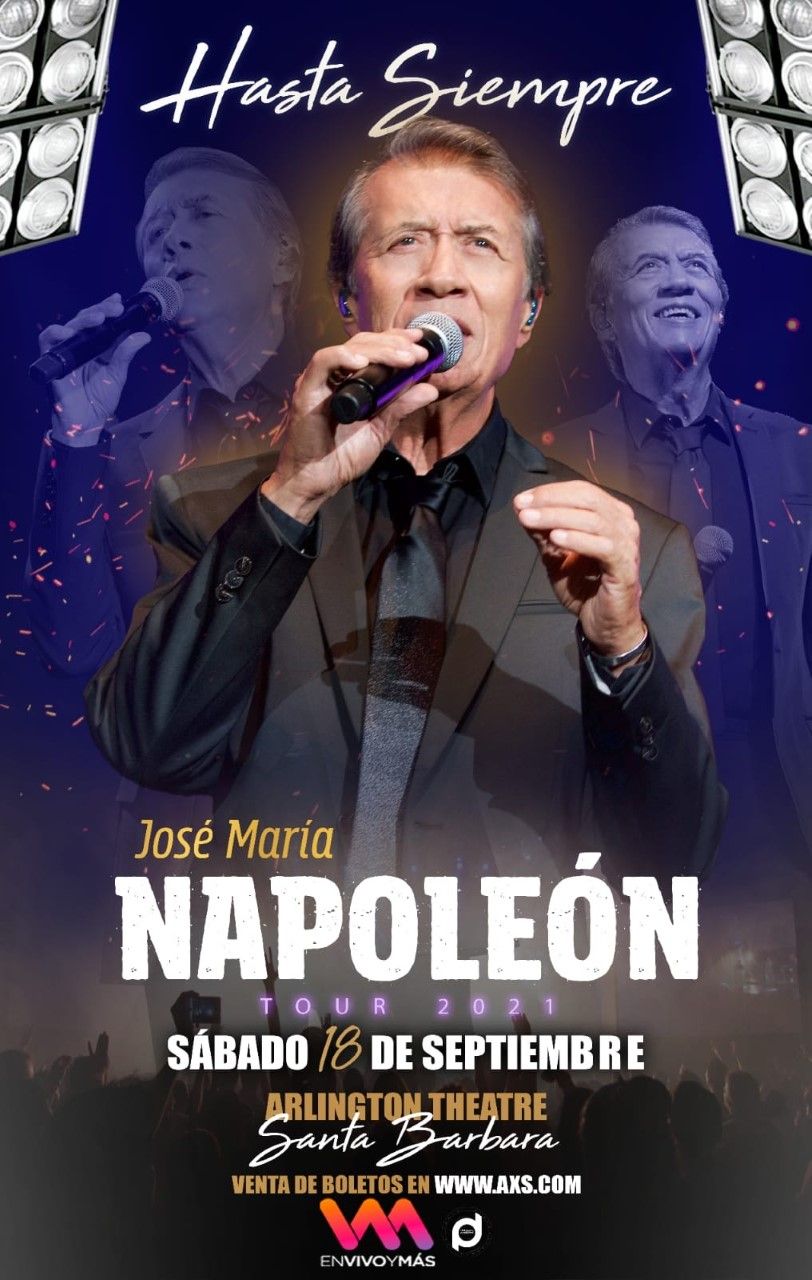 Written by Site Admin on 21 August 2021 Posted in Theatre News.

Jose Maria Napoleon is one of Mexico’s legendary singers whose career continues. Napoleon is known as “The poet of songs”. He began his long and successful career in 1970 with his first big single “El Guillo”. From there, a series of hit singles followed in his native land and his songwriting skills were recognized and utilized by other storied performers such as Pepe Aguilar and Placido Domingo. He has also featured in telenovelas. Napoleon began his career signed with the legendary company “Discos Swan-Raff” where he would get his biggest hits. In 2011, via the Universal Label Napoleon released La Historia de los Exitos, a collection of his greatest work and in 2016 his most recent album "Vive".

Tickets are on sale now at the Arlington Box Office and AXS.com for his September 18th concert.