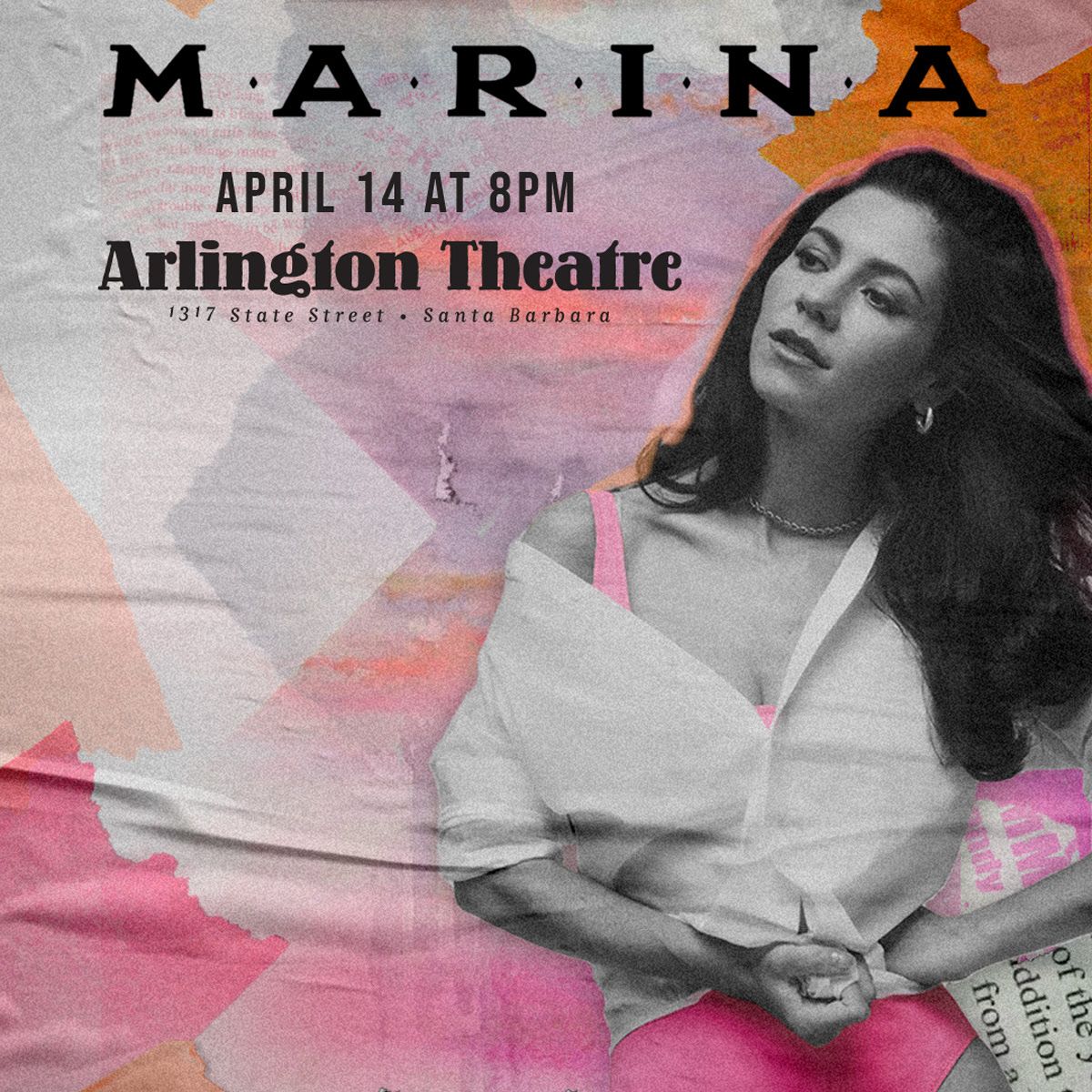 Written by Goldenvoice on 09 February 2020 Posted in Theatre News.

MARINA has also announced plans for a number of North American live dates, including a stop at The Arlington Theatre in Santa Barbara on April 14 at 8:00 PM. The Goldenvoice presale begins Thursday, February 13 at 10:00 AM with the password, PLUSONE. The general on sale is Friday, February 14 at 10:00 AM via AXS.com. For complete details and ticket availability, please visit www.MARINAofficial.co.uk/tour.

“About Love” marks the first new music from the Welsh-born artist formerly known as Marina and the Diamonds and now simply as MARINA since last year’s acclaimed, LOVE + FEAR, available for streaming and download HERE. Comprised of two eight-song collections that together form a unified whole, the double album is highlighted by singles, “Handmade Heaven,” “To Be Human,” and “Orange Trees,” all joined by equally colorful companion videos streaming now via the official MARINA YouTube channel HERE.

LOVE + FEAR was instantly met with unanimous worldwide acclaim upon its April 2019 release. “LOVE + FEAR is pure fun,” raved The FADER. “Packed with booming synths and exhilarated hooks, it's her most direct electro-pop album to date.” “A mix of vulnerable and introspective songs, LOVE + FEAR centers on a longing to enjoy life,” wrote ELLE, “the desire for unity within the human race, and the process of finding purpose. The result? One of MARINA’s most compelling albums to date.” “As (MARINA) enters into her second decade of releasing music,” wrote NYLON, “LOVE + FEAR lands as both a step forward and a reminder of who she's always been as an artist.” “An album of two halves, this is a singular record from a bold talent,” declared NME. “If pop albums existed as a form of meaningless escapism, MARINA is keen to fly the flag for a greater, worldly purpose… in a time of pop puppetry, MARINA is the real deal.” “A newfound creative clarity is apparent in ‘Handmade Heaven,’” raved Rolling Stone. “The personas and world-building of her past have been replaced with somber introspection…The song sounds and feels as big as the topic at hand, carrying a wistful midtempo beat as MARINA’s distinctive voice swirls around the synths.” “Without her Diamonds, MARINA is making bigger pop than ever before,” noted The Line of Best Fit. “Throughout the album, MARINA appears fresh-faced and clear-eyed as one can be when they've trudged through murky waters,” wrote PAPER. “She's had some time to reflect and offers the forgotten wisdom that love and fear — two core human emotions — are two sides of the same coin, but she asserts that you can only act from one place or the other.”

MARINA celebrated the acclaimed album on her epic LOVE + FEAR TOUR, with sold out headline dates and show-stopping festival sets around the world. In addition, MARINA offered made a number of high-profile TV appearances, including a spectacular live performance of “Karma” on ABC’s Jimmy Kimmel Live! (streaming HERE) and “Orange Trees” on NBC’s “Late Night With Seth Meyers.”