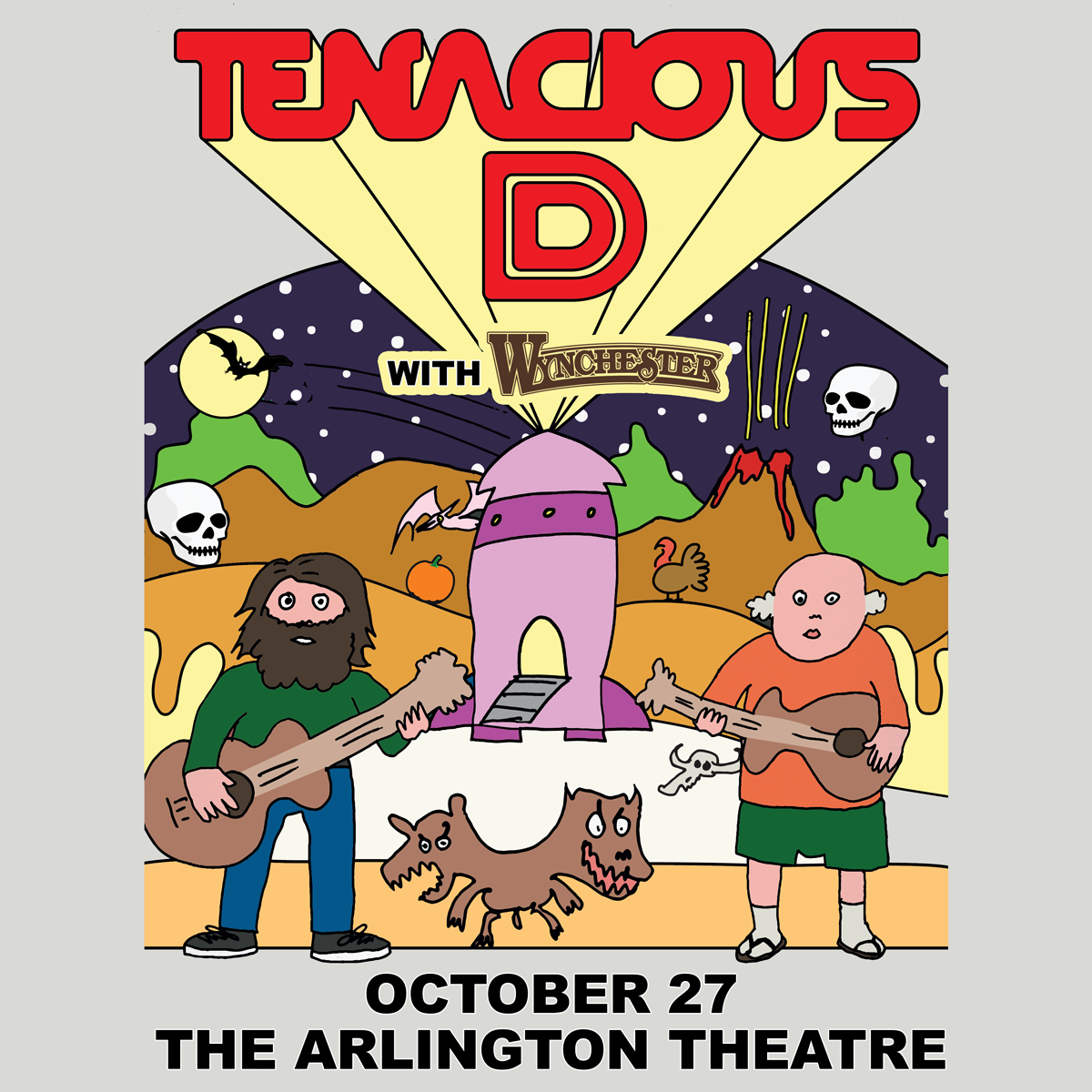 Written by Goldenvoice on 28 April 2019 Posted in Theatre News.

After revealing their summer tour dates for 2019, Tenacious D has announced that ‘Tenacious D In Post-Apocalypto The Tour 2019’ will extend with a run of 11 more shows to take place in October which include a stop at the Arlington Theatre in Santa Barbara, CA on October 27. The support act will be country band Wynchester for all dates. Tickets for Santa Barbara go on sale Friday, May 3 at 10:00 AM via AXS.com.

On November 2, 2018, Tenacious D released Tenacious D in Post-Apocalypto – an animated film, with each frame hand-drawn by Black and every character voiced by Black and Gass. Alongside the film, the band also dropped the album Post-Apocalypto. Together, they create a genius addition to the D’s already scintillating catalogue of rock greatness.

Don’t miss your chance to see Tenacious D with Wynchester at Arlington Theatre on October 27. Tickets range from $49.50 to $75.50, plus applicable service charges. The Arlington Theatre is located at 1317 State Street, Santa Barbara, CA 93101. 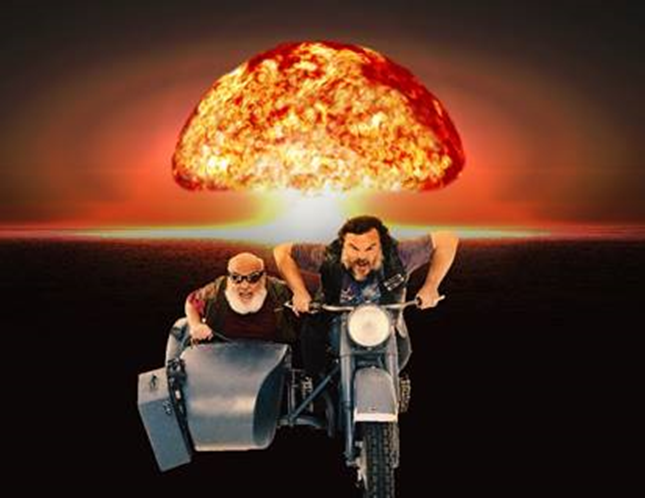 Jack Black and Kyle Gass make up the Greatest Band in the World: Tenacious D. They started playing together in Kyle’s studio apt on Cochran Ave in Los Angeles. No one could have ever dreamed of where the band’s genius would take them, but take them it did... The band had a variety series on HBO that aired in 1999. Their self-titled album was released in the fall of 2001 with Epic Records and was quickly certified at gold-selling status, and has since been certified platinum. The duo completed their first feature film together -Tenacious D in the Pick of Destiny - for New Line Cinema, which was released in November 2006. The album Rize of the Fenix followed in 2012, receiving a Grammy nomination for Best Comedy Album. In 2013, Black and Gass founded and hosted Festival Supreme, a music and comedy festival in Los Angeles, CA. In its first four years, Festival Supreme boasted acts such as Adam Sandler, Sarah Silverman, Flight of the Conchords, “Weird Al” Yankovic, Patton Oswalt, Die Antwoord, Amy Poehler, Workaholics, & many more. In 2014, Tenacious D won a Grammy in the category of Best Metal Performance for their cover of Ronnie James Dio’s “The Last In Line.”