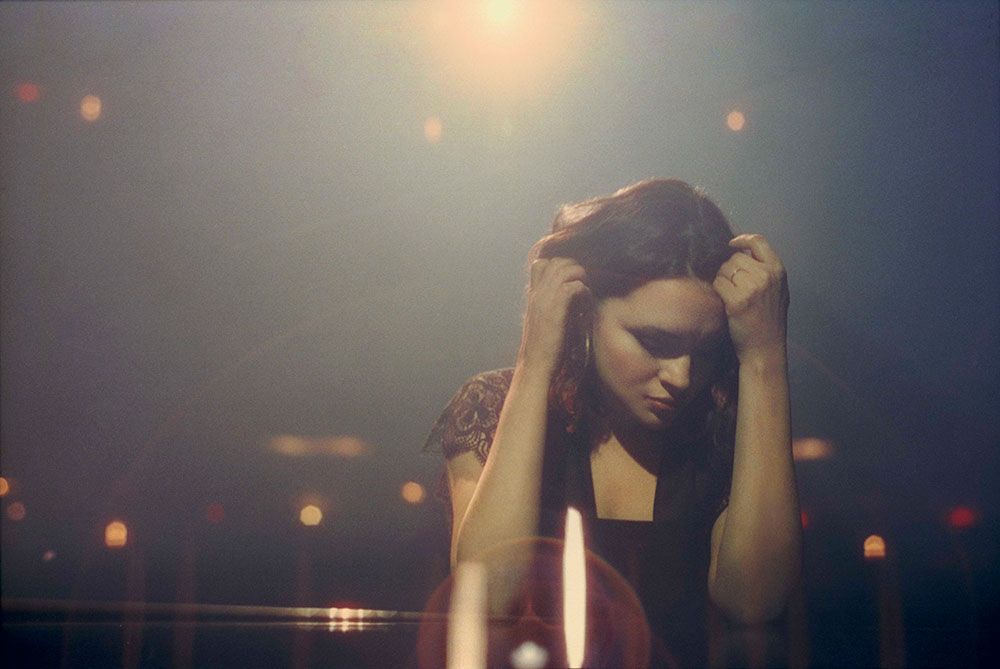 Written by Goldenvoice on 13 July 2018 Posted in Theatre News.

UPDATE: Support added. Comedian, Clara Bijl will be opening the show for Norah.

Norah Jones will perform with Brian Blade and Christopher Thomas at the Arlington Theatre in Santa Barbara on September 25 at 8:00 PM. Tickets are on sale now via AXS.com.

After the 2016 release of her acclaimed album Day Breaks and the extensive world tour that followed, the versatile singersongwriter Norah Jones has been back in the studio following her muse down creative pathways without any expectations or boundaries. “It Was You,” released July 13, 2018, is an organ-and-horn-drenched soul song that is the second in a series of singles. “It Was You” features Norah on voice and piano with drummer Brian Blade, bassist Christopher Thomas, organist Pete Remm, trumpeter Dave Guy, and tenor saxophonist Leon Michels. It follows the release of her riveting song “My Heart Is Full,” a collaboration with Thomas Bartlett that is currently being featured in an HBO image campaign.

Norah also recently released the new DVD/Blu-ray concert film Live at Ronnie Scott’s (Eagle Rock), which captured the 9-time GRAMMY-winner in an intimate trio performance with Blade and Thomas at the famed London jazz club. Impressive in its stripped-back, understated elegance, the show witnessed Norah’s hypnotic reconnection with the piano as she performed songs from across her storied career from her latest album Day Breaks to her 2002 debut Come Away With Me. Watch the trio perform “Flipside.”

Norah is currently on tour with Blade and Thomas with upcoming concerts across Europe this month, and has added new dates to a series of shows she’ll play in California this Fall including her scheduled date at the Arlington Theatre in Santa Barbara. Visit norahjones.com for ticket info.

About Norah Jones:
Norah Jones first emerged on the world stage with the February 2002 release of Come Away With Me, her self-described “moody little record” that introduced a singular new voice and grew into a global phenomenon, sweeping the 2003 Grammy Awards and signaling a paradigm shift away from the prevailing pop music of the time. Since then, Norah has sold 47 million albums worldwide and become a 9-time GRAMMY-winner. She has released a series of critically acclaimed and commercially successful solo albums—Feels Like Home (2004), Not Too Late (2007), The Fall (2009), and Little Broken Hearts (2012)—as well as albums with her collective bands The Little Willies and Puss N Boots. The 2010 compilation …Featuring Norah Jones showcased her incredible versatility by collecting her collaborations with artists as diverse as Willie Nelson, Outkast, Herbie Hancock, and Foo Fighters. Little Broken Hearts, which was produced by Danger Mouse, was a fascinating step in the artistic evolution of one of the music world’s most consistently intriguing singer-songwriters. The release of Day Breaks (2016) saw Norah come full circle with a remarkable album that found her returning to the piano and her jazz roots. Norah will perform songs from Day Breaks and catalog with acclaimed musicians Brian Blade (drums) and Chris Thomas (bass) on the upcoming tour. Norah continues to prove herself as this era’s quintessential American artist, the purveyor of an unmistakably unique sound that weaves together the threads of several bedrock styles of American music: country, folk, rock, soul, jazz.

Don’t miss your chance to see Norah Jones with Brian Blade and Christopher Thomas at Arlington Theatre on September 25. Tickets range from $39.00 to $125.50, plus applicable service charges. The Arlington Theatre is located at 1317 State Street, Santa Barbara, CA 93101.