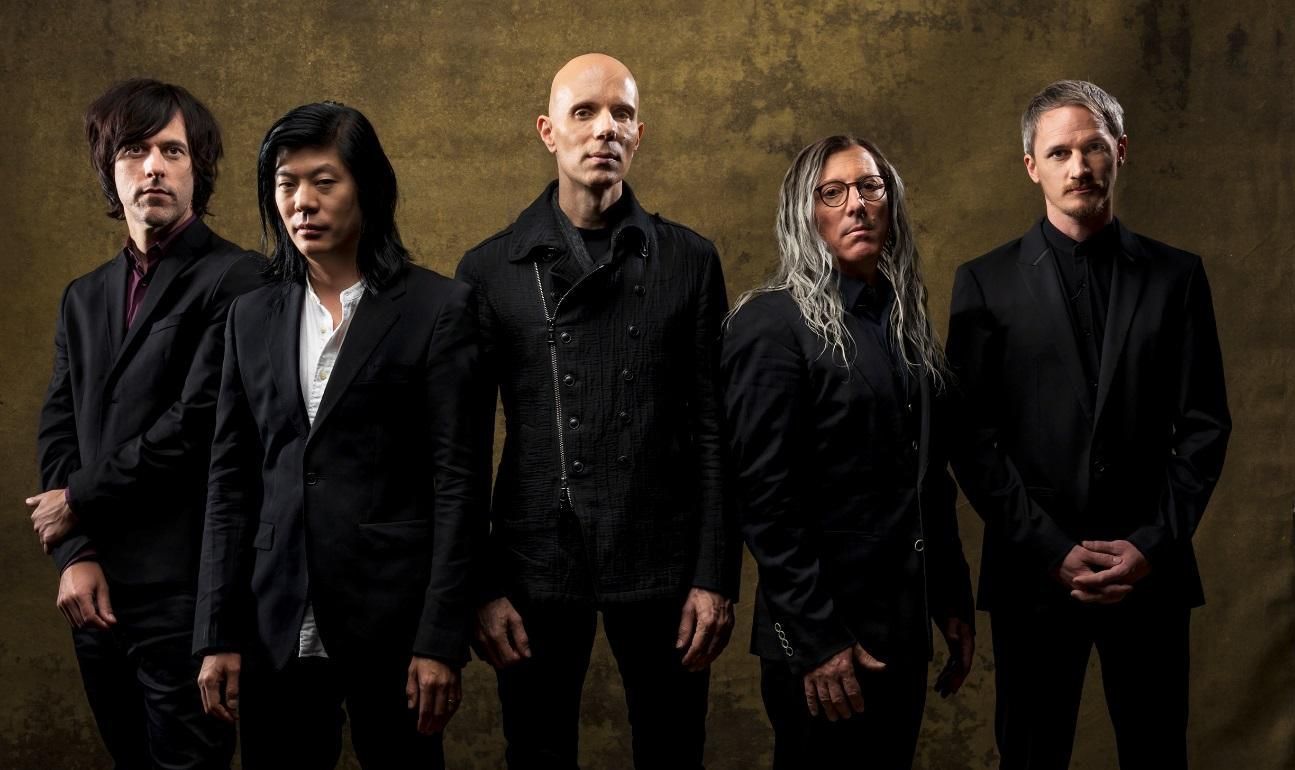 Written by Goldenvoice on 04 February 2018 Posted in Theatre News.

Today, A Perfect Circle announce spring tour dates which include a stop at The Arlington Theatre in Santa Barbara on April 17 at 8:00 PM. Tickets go on sale Friday, February 9 at 10:00 AM via AXS.com.  The band also announced the release of Eat The Elephant, their fourth full-length album and first since 2004’s eMOTIVe, on April 20 via BMG. Fans can get an exclusive code for early access to tickets with Eat The Elephant pre-order at this link: https://AperfectCircle.lnk.to/EatTheElephantPR/artiststore.

The album arrives following years of anticipation and speculation, which reached a fever pitch as the outfit helmed by Maynard James Keenan and Billy Howerdel launched their Fall 2017 tour with the release of “The Doomed”. The band then ushered in the new year with the debut of the contemplative song, “Disillusioned”.

“Although I’m extremely excited to finally be completing this album after a 14-year hiatus,” explains Keenan. “I’m actually more excited that its intentional release date is serving a greater purpose. The 20th of April is Carina Round’s birthday. She is a dear friend who is extremely difficult to shop for. Pressure off. Of course, I must also note that the potheads are gonna be thrilled that this album comes out on 4-20. May it serve as a glorious soundtrack to accompany all of the giggling and vexing sounds of nibbling and snacking. Fingers crossed, Cheech & Chong will be proud.”

“Demos are these precious ideas that you love in their initial state,” adds Howerdel. “Then you collaborate, invite other ideas, and watch them progress. That’s the dynamics and growth of a great record. I feel we’ve made a great record.”

Pre-orders for the 12-song album, which was co-produced by Dave Sardy (Autolux, Slayer), are available now and come with instant digital downloads of “TalkTalk”, “Disillusioned” and “The Doomed.” Eat The Elephant is being released in multiple formats including digital, CD, double gatefold 180 gram vinyl and a box set with both the vinyl and CD as well as a prism and custom playing card deck. In advance of Record Store Day, a limited-edition independent retail exclusive version of the LP on white 180 gram vinyl with alternate cover will also be available. Pre-orders can be found here.

Don’t miss your chance to see A Perfect Circle at Arlington Theatre on April 17. Tickets range from $50.00 to $90.00, plus applicable service charges. The Arlington Theatre is located at 1317 State Street, Santa Barbara, CA 93101.

April 17 at 8:00PM
The Arlington Theatre

Connect with A Perfect Circle
www.facebook.com/aperfectcircle