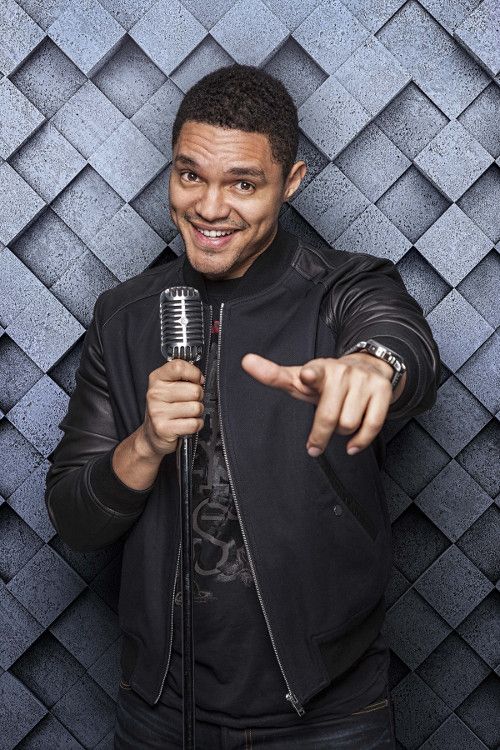 An Evening of Stand-up with Trevor Noah

“His comedy is political, trenchant, delivered in an easy style that probes sensitive subject matter without being overtly confrontational.”

UCSB Arts & Lectures presents an evening of stand-up with Trevor Noah, making his Santa Barbara debut on Friday, January 19, at 8 p.m. at the Arlington Theatre.

Trevor Noah was catapulted into the international spotlight when he was selected to fill Jon Stewart’s shoes as host of The Daily Show, becoming one of today’s favorite comics. Raised in post-apartheid South Africa, Noah brings a unique perspective to his stories and hit comedy specials, including Afraid of the Dark, Lost in Translation, African American and his award-winning memoir, Born a Crime: Stories from a South African Childhood. “A cultural chameleon who has learned to mine his surroundings as much for survival and human connection as for comedy” (Newsweek), Noah’s incisive humor slips from jokes to earnest insights for a moving, thought-provoking and hilarious experience.

Trevor Noah made his debut as host of the Emmy and Peabody Award-winning Daily Show on Comedy Central October 28, 2015. Noah joined The Daily Show with Jon Stewart as a contributor in 2014, and in 2017 he won a Primetime Emmy Award for Best Short Form Variety Series for his YouTube special, The Daily Show: Between the Scenes.

Noah has hosted numerous television shows including South Africa’s music, television and film awards, the South African Comedy Festival and two seasons of his own late-night talk show, Tonight with Trevor Noah. He made his U.S. television debut in 2012 on The Tonight Show with Jay Leno and also appeared on the Late Show with David Letterman, becoming the first South African stand-up comedian to appear on either late night show.

Noah’s one-man show The Racist had a sold-out run at the 2012 Edinburgh Fringe and became one of the most talked about shows at the festival that year. That same year, Noah was the subject of David Paul Meyer’s award-winning documentary film You Laugh But It’s True, which tells the story of his remarkable career in post-apartheid South Africa. His Showtime comedy special, Trevor Noah: African American, premiered in 2013. Noah has also performed for the Royal Family at the Royal Variety Performance.

Noah was featured on the October 2014 cover of GQ South Africa and has been profiled in Rolling Stone, Newsweek and The Wall Street Journal and by CNN and NPR’s Talk of the Nation. He was nominated for Personality of the Year at the 2014 MTV Africa Music Awards. His comedy special Lost in Translation premiered on Comedy Central in 2015.

Author of the New York Times bestselling memoir Born a Crime: Stories from a South African Childhood, Noah was born in apartheid South Africa to a white Swiss father and a black Xhosa mother at a time when such a union was punishable by five years in prison. Born a Crime is the story of a mischievous young boy who grows into a restless young man as he struggles to find himself in a world where he was never supposed to exist.

Noah continues to tour all over the world and has performed in front of sold-out crowds at the Hammersmith Apollo in London and the Sydney Opera House in Australia as well as many U.S. cities.

Tickets are $95-$150 for the general public. Very limited seating available. An Arlington facility fee will be added to each ticket price.