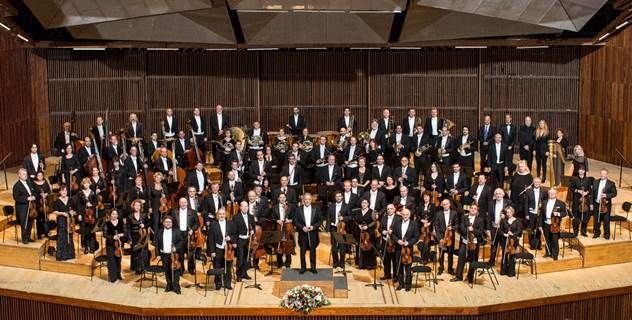 “Unquestionably Mr. Mehta and the Israel Philharmonic make up a significant and valuable artistic alliance.”
The New York Times

One of Israel’s oldest and most influential cultural institutions, the Israel Philharmonic Orchestra was founded in 1936 as an “orchestra of soloists,” made up of first-chair Jewish European musicians who had lost their positions. Since 1977, it has been under the direction of Zubin Mehta, “at the top of the conducting profession for nearly half a century” (Opera magazine). Throughout their nearly-unprecedented relationship, they have performed thousands of concerts across five continents. Dubbed the IPO’s music director for life, the “lightning conductor” (The Independent, U.K.), Mehta will retire from his role with the orchestra in 2019, 50 years after his debut.The illustrious IPO will perform in Santa Barbara for the first time, offering a program that features masterpieces by Mozart and Schubert. This performance honors the life and legacy of prominent philanthropist Michael Towbes.

Since its founding, the Israel Philharmonic Orchestra has dedicated itself to presenting the world’s greatest music to audiences in Israel and around the world. Founded by Polish violinist Bronislaw Huberman, the Israel Philharmonic Orchestra represents the fulfillment of his dream “to unite the desire of the country for an orchestra with the desire of the Jewish musicians for a country.” Huberman spent countless hours persuading first-chair musicians of Eastern European and German orchestras, who had lost their jobs as a result of Nazism, to immigrate to Palestine. Under the esteemed leadership of Zubin Mehta, the IPO continues to absorb new immigrants and act as a dynamic, global community for musicians from across the world.

Major soloists and conductors have always performed with the Israel Philharmonic Orchestra. Its inaugural concert was conducted by Arturo Toscanini, who felt his participation was a means to demonstrate his opposition to Fascism. Its members traveled in armored cars to play in a besieged Jerusalem during the War of Independence, and, among Israelis, the memory of IPO Laureate Conductor Leonard Bernstein conducting the Orchestra in front of 5,000 soldiers on the Negev dunes after the battle for Beersheba, is an historic moment. Through it all, the Orchestra has enjoyed associations with such renowned artists as Emanuel Ax, Daniel Barenboim, Yefim Bronfman, Yoel Levi, Yo-Yo Ma, Lorin Maazel, Honorary Guest Conductor Kurt Masur, Itzhak Perlman, Jean-Pierre Rampal, Arthur Rubinstein,Gil Shaham, Isaac Stern and Pinchas Zukerman. Their time and talent have enriched the cultural life of Israel and have helped the Orchestra to maintain its high artistic standards.

As Israel’s premier cultural ambassador, the IPO travels extensively throughout the world, particularly to countries where there is little or no Israeli representation. The goodwill created by these tours, which have included historic visits to Japan, Argentina, Poland, Hungary, Russia, China and India, is of enormous value to the State of Israel.

Currently, the Orchestra gives more than 100 performances each year in Israel to their 26,000 subscribers, where 14 different concert series are presented in Tel Aviv, Jerusalem and Haifa. The IPO KeyNote Education and Outreach Program brings classical music to the audience of the future through music.

Tickets are $35-$150 for the general public and $25 for UCSB students (valid student ID required). An Arlington facility fee will be added to each ticket price.