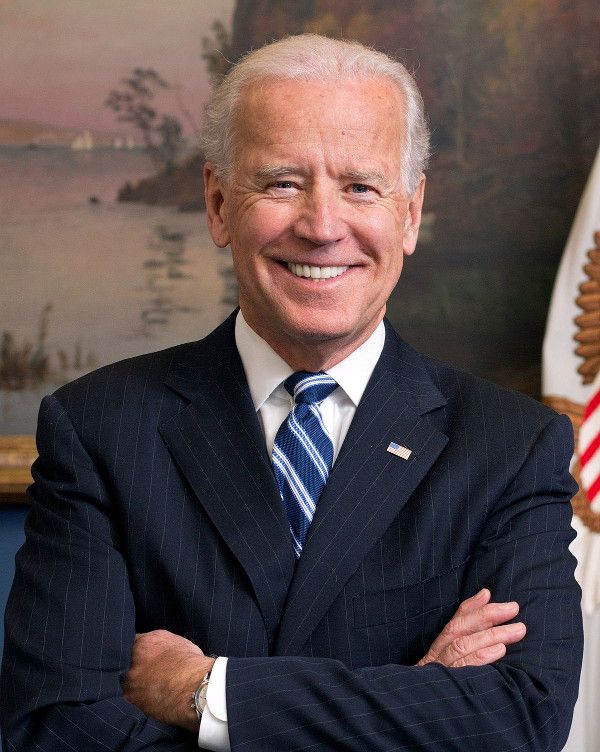 Written by UCSB A&L on 26 September 2017 Posted in Theatre News.

“Two terms as vice president have confirmed the essential goodness, if not greatness, of this man.”
The New Republic

“The best vice president America has ever had… A lion of American history.”
- Former U.S. President Barack Obama

A lifelong public servant, former Vice President Joe Biden served two terms with President Obama and nearly four decades as a U.S. Senator, in a career defined by his commitment to equality of opportunity, global cooperation, human health and violence prevention, as well as his spirit of bipartisanship. Widely respected for facing down personal tragedies to become one of the nation’s most effective leaders, Biden has helped carry the nation through significant domestic and international challenges. President Obama awarded him the rare honor of the Presidential Medal of Freedom “with distinction.”

As a senator from Delaware for 36 years, Biden was a leading architect of domestic policy on some of the most pressing issues facing the country. Then-Senator Biden served as chairman or ranking member of the Senate Judiciary Committee for 17 years and was a preeminent voice on criminal justice issues, including authoring both the landmark 1994 Crime Act and the Violence Against Women Act. Biden has worked relentlessly since the passage of the Violence Against Women Act in 1994 to change the culture around domestic violence and sexual assault and protect and strengthen victims’ rights.

As the 47th vice president of the United States, Biden oversaw the implementation of the American Recovery and Reinvestment Act, which was integral to rescuing the economy from the brink of another Great Depression. The Recovery Act added 2 million jobs to the economy and made an unprecedented investment in America’s infrastructure. According to the nonpartisan Government Accountability Office, under former Vice President Biden’s oversight, more than $800 billion dollars were injected into the economy with less than two 10ths of one percent waste, fraud or abuse – making it one of the most efficient government programs in history.

As vice president, Biden also chaired the Middle-Class Task Force, an administration-wide effort to improve the everyday lives and livelihoods of working men and women, and he oversaw the administration’s Skills Initiative to improve federal workforce training programs. He authored “Ready to Work: Job-Driven Training and American Opportunity,” a report to the president on how best to ensure American workers are trained for the jobs of the 21st century.

Biden also led the Obama administration’s efforts to implement meaningful reforms to reduce gun violence in the U.S., which resulted in federal actions aimed at strengthening the background check system and addressing mental health issues linked to gun violence, among others.

Since leaving the White House, Vice President Biden continues his legacy of expanding opportunity for all with the creation of the Biden Foundation, the Penn Biden Center for Diplomacy and Global Engagement at the University of Pennsylvania and the Biden Institute for Domestic Policy at the University of Delaware. Vice President Biden and his wife Dr. Jill Biden have also founded the Biden Cancer Initiative to end cancer as we know it.

Biden is an alumnus of the University of Delaware, Class of 1965.

Tickets are $95-$150 for the general public ($50 tickets are sold out) and $25 for UCSB students (valid student ID required). An Arlington facility fee will be added to each ticket price. Very limited availability.

UCSB Arts & Lectures gratefully acknowledges the generous support of SAGE publishing for its major corporate support of the 2017-18 season.