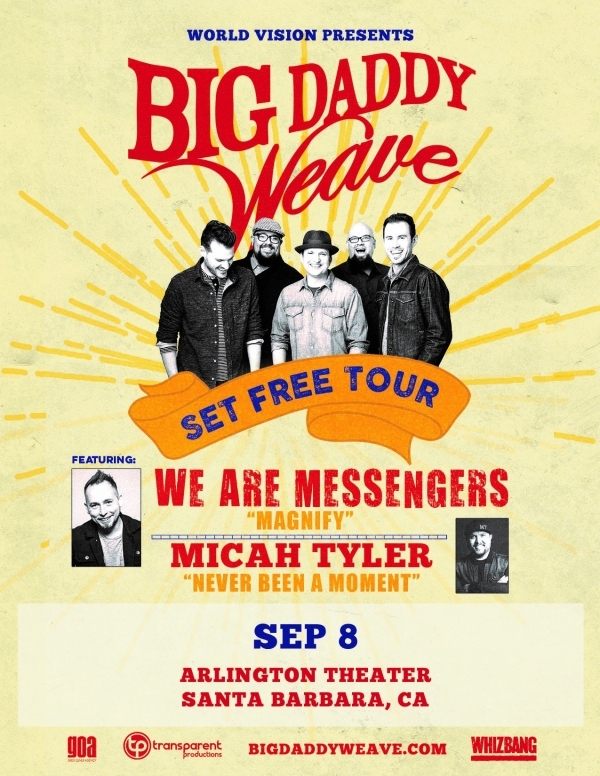 Big Daddy Weave is one of the top artists in Christian music: they are one of the genre’s biggest headlining artists, the second most played artist at Christian AC-Monitored radio in 2014 and the recipient of multiple industry awards and nominations, including: Dove Awards, K-LOVE Fan Awards, Billboard Music Awards and ASCAP Awards. Between 2012 and 2015, Big Daddy Weave has achieved five straight No. 1 singles at radio, the most recent being “My Story” from the 9/18/15 album, Beautiful Offerings, and the previous four from the band’s career best-selling album, Love Come To Life. “Redeemed” was certified gold by the RIAA in 2015. Big Daddy Weave has career album sales of more than one million units. Formed in 2002, Big Daddy Weave is: Mike Weaver, Jay Weaver, Jeremy Redmon, Joe Shirk and Brian Beihl.

Tickets go on exclusive pre-sale Thursday, June 29th at 10AM
at ticketmaster.com
Use password: SETFREE