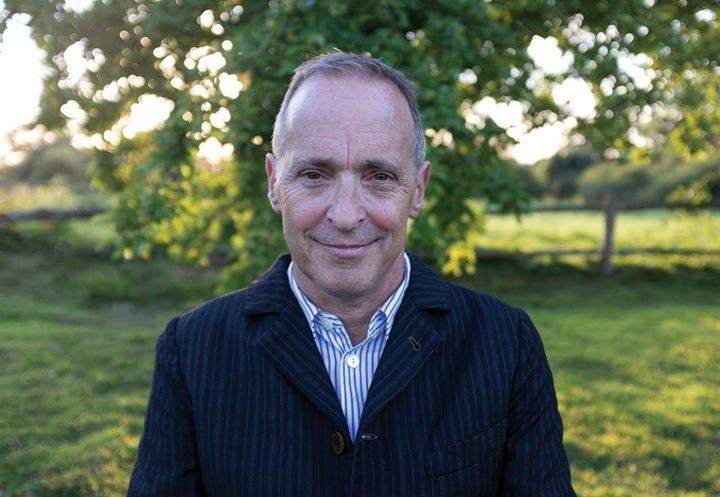 UCSB Arts & Lectures presents An Evening with David Sedaris, one of today’s preeminent humorists returning with his strange-but-true experiences, spot-on satire and impeccable storytelling on Wed., May 3, at 8 p.m. at the Arlington Theatre. Books will be available for purchase and signing at the event.

With his strange-but-true experiences, spot-on satire and impeccable storytelling, David Sedaris will again reveal himself to be one of today’s preeminent American humorists. He is a favorite voice on NPR’s This American Life, a regular contributor to The New Yorker and beloved for his sidesplitting books including Naked and Let’s Explore Diabetes with Owls. His forthcoming collection, Theft by Finding: Diaries (1977-2002), brings together his favorite diary entries. It was named one of the most anticipated books of 2017 by The Boston Globe, The New York Times Book Review, Vulture, The Week, Bustle and BookRiot. Join Sedaris for another can’t-miss round of wickedly witty observations and fantastically fun book signing. (Mature content)

Tickets are $25-$45 for the general public and $19 for UCSB students (valid student ID required). An Arlington facility fee will be added to each ticket price.

The great skill with which David Sedaris slices through cultural euphemisms and political correctness proves that he is a master of satire and one of the most observant writers addressing the human condition today. He is the author of Barrel Fever and Holidays on Ice, as well as collections of personal essays, Naked, Me Talk Pretty One Day, Dress Your Family in Corduroy and Denim, When You Are Engulfed in Flames, and his most recent book, Let’s Explore Diabetes with Owls, each of which became an immediate bestseller. The audio version of Let’s Explore Diabetes with Owls was nominated for a Grammy Award for Best Spoken Word Album. He is the author of the New York Times-bestselling collection of fables entitled Squirrel Seeks Chipmunk: A Modest Bestiary (with illustrations by Ian Falconer). He was also the editor of Children Playing Before a Statue of Hercules: An Anthology of Outstanding Stories. Sedaris pieces appear regularly in The New Yorker and have twice been included in the collections The Best American Essays.

Sedaris’ highly-anticipated collection of diary entries, Theft by Finding: Diaries (1977-2002) brings together selections from the diaries that are the source of his remarkable autobiographical essays. For nearly four decades, Sedaris has faithfully kept a diary in which he records his thoughts and observations on the odd and funny events he witnesses. Anyone who has attended a live Sedaris event knows that his diary readings are often among the most joyful parts of the evening. But never before have they been available in print. In Theft by Finding, due out in June, Sedaris gives us his favorite entries. From deeply poignant to laugh-out-loud funny, these selections reveal with new intimacy a man longtime readers only think they know. Tender, hilarious, illuminating and endlessly captivating, Theft by Finding offers a rare look into the mind of one of our generation’s greatest comic geniuses. A remarkable illustrated volume of artwork and images selected from his diaries, David Sedaris Diaries: A Visual Compendium, edited by Jeffrey Jenkins, will be published in the fall.

Sedaris and his sister, Amy Sedaris, have collaborated under the name The Talent Family and have written half-a-dozen plays, which have been produced at La Mama, Lincoln Center and The Drama Department in New York City. These plays include Stump the Host, Stitches, One Woman Shoe, which received an Obie Award, Incident at Cobbler’s Knob, and The Book of Liz, which was published in book form by Dramatists Play Service. Sedaris original radio pieces can often be heard on public radio’s This American Life. Sedaris has been nominated for three Grammy Awards for Best Spoken Word and Best Comedy Album. A feature film adaptation of his story C.O.G. was released after a premier at the Sundance Film Festival (2013).

Tickets are $25-$45 for the general public and $19 for UCSB students (valid student ID required). An Arlington facility fee will be added to each ticket price.

UCSB Arts & Lectures gratefully acknowledges the generous support of SAGE for its major corporate support of the 2016-17 season.