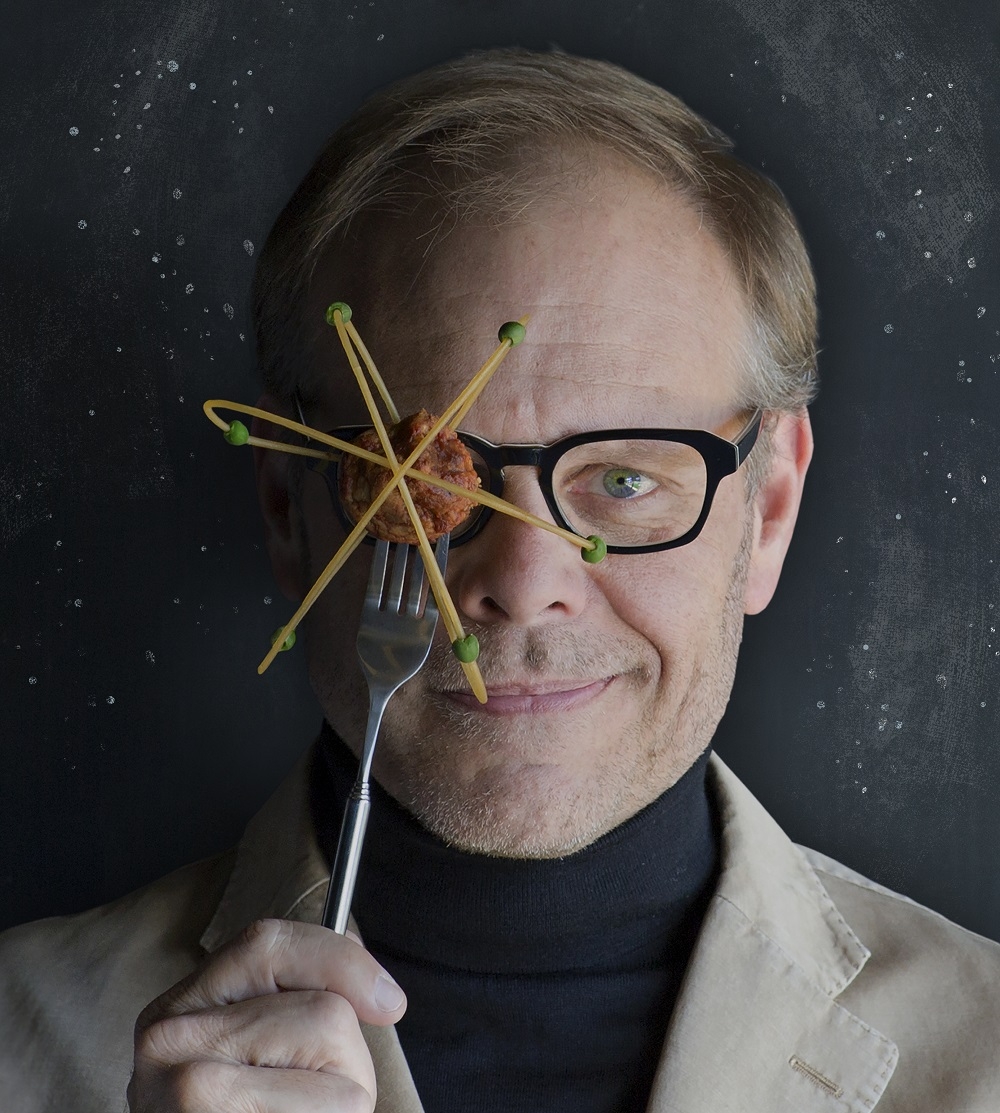 Alton Brown has a knack for mixing together a perfect base of science, music and food into two hours of pure entertainment. Critics and fans alike have raved about the interactive components of Brown’s shows. He promises “plenty of new therapy inducing opportunities during our audience participation segments. I don’t want to give too much away, but this time we’re going to play a little game while we’re at it. Plus, you’ll see things I’ve never been allowed to do on TV.” He’s also contemplating more sophisticated protective gear for folks in the first few rows… just in case things get messy… again.

Watch a teaser for Alton Brown Live: Eat Your Science.

Alton Brown Live: Eat Your Science is the follow-up to the smash Edible Inevitable tour. Fans can expect more comedy, talk show antics, multimedia presentations and music (yes, he sings), but Brown is adding a slew of fresh ingredients including new puppets, songs, bigger and potentially more dangerous experiments and what every cook needs in his kitchen – fire! To everyone’s delight, Brown invites an audience member on stage to serve as his assistant. This year’s show has even more protective ponchos for the first few rows when things get even messier.

Brown, author of the James Beard Award-winning book I’m Just Here for the Food and the New York Times bestselling sequence Good Eats, released the first of two new cookbooks through Ballantine Books (an imprint of Random House) in fall 2016. Alton Brown: Every Day Cook, or EDC as Brown calls it, is a collection of more than 100 personal recipes as well as a pinch of science and history. He has hosted numerous series including, Cutthroat Kitchen, Camp Cutthroat and Iron Chef America, and he created, produced and hosted the Peabody Award-winning series Good Eats for 13 years on Food Network. Good Eats can still be seen on the Cooking Channel and Netflix.

This show is appropriate for everyone!

Alton Brown Live is presented by UCSB Arts & Lectures with support from our Community Partner the Orfalea Family.

Tickets are $30-$65 for the general public and $19 for UCSB students (valid student ID required). An Arlington facility fee will be added to each ticket price.