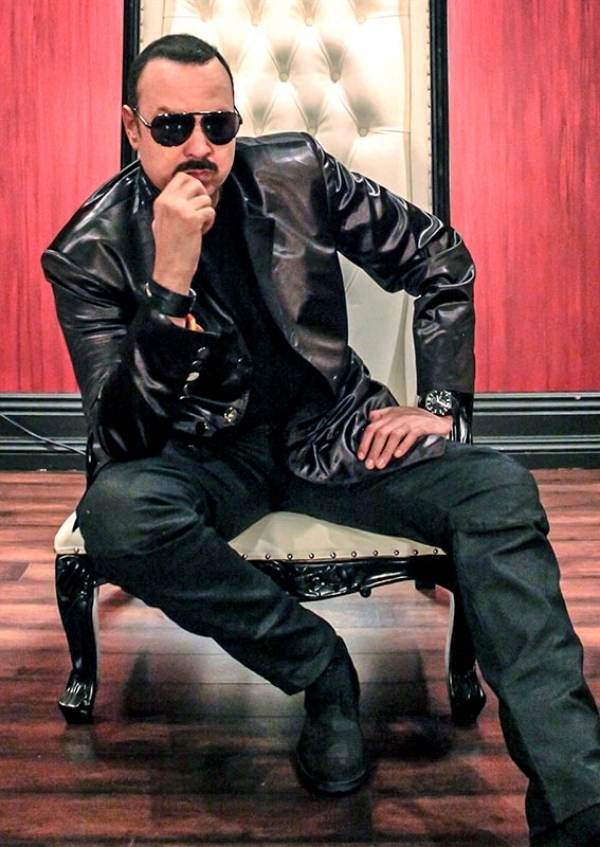 Unfortunately, this show has now been cancelled.

The leader in mariachi and Latin pop fusion music, Pepe Aguilar will return to the Arlington Theatre on September 10.

Pepe Aguilar is the son of Mexican icons Antonio Aguilar and Flor Silvestre. “Being born during a tour, and having studied my craft on the road has given a particular philosophy to my career" says Pepe with the same feeling of elegance and honesty that characterize his songs.

Pepe Aguilar’s career has progressed in parallel with the absolute transformation of the music industry over the past 25 years. Considered by critics as "A real star of Latin music," Pepe has garnered an impressive nine GRAMMY Awards, and to paraphrase the legendary Rubén Fuentes: "Pepe Aguilar is a before and after in Mexican music."

With well over 26 studio albums, over 12 million in album sales, unprecedented credibility, and industry accolades including numerous awards and multiple nominations, Pepe Aguilar has firmly put the regional Mexican scene on the map across multiple markets. The Hollywood Walk of Fame star continues to rank among Billboards’ top charts, amplifying his fan base throughout the US and Latin America.

His 26th studio album, “No Lo Había Dicho” is in stores now and his new single "Nada de Nada" has been getting a lot of attention on radio both in Mexico and the United States. Already this year, Pepe Aguilar has had three sold out shows in San Diego, Indio and Oakland.

Tickets available online at www.thearlingtontheatre.com, www.nederlanderconcerts.com or at the Arlington Theatre ticket office. To charge by phone, call (800) 745-3000 or (805) 963-4408. All dates, acts and ticket prices subject to change without notice. Convenience charges apply to all phone and internet outlet ticket orders.