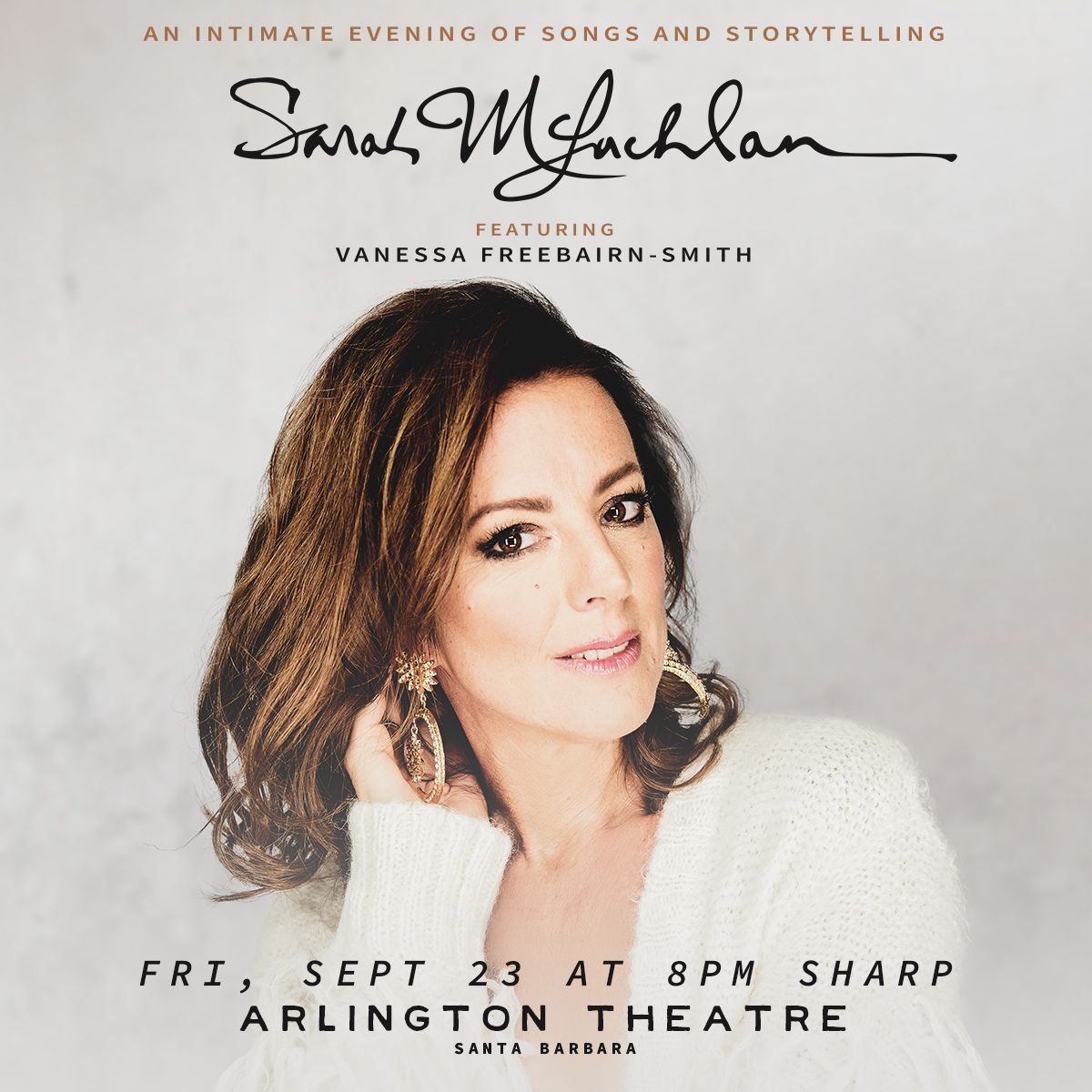 Written by Goldenvoice on 05 April 2022 Posted in Theatre News.

Sarah McLachlan is one of the most celebrated singer-songwriters in entertainment with over 40 million albums sold worldwide. She has received three Grammy Awards and twelve Juno Awards over her career and has been inducted into the Canadian Music Hall of Fame.

Sarah's music embodies the art of songwriting on its most personal level and her indelible vocals resonate with people everywhere. Her songs have had a profound influence "Angel," "Building A Mystery," "Fallen," "I Will Remember You," "Adia," "Sweet Surrender," "World On Fire," "Possession," and countless others are an inspiration to music lovers around the globe.

In addition to her personal artistic efforts, Sarah founded the Lilith Fair tour, which showcased female musicians and brought over two million people together during its three-year run. Lilith Fair raised over $7 million for local and national charities and was the most successful all-female music event, launching the careers of numerous performers.

Following Lilith Fair, Sarah was awarded the Elizabeth Cady Stanton Visionary Award for furthering the careers of women in music. She is an Officer of the Order of Canada, was appointed to the Order of British Columbia, and is the recipient of the Governor General's Performing Arts Awards for Lifetime Achievement.

In 2002 she founded The Sarah McLachlan Foundation which funds the non-profit Sarah McLachlan School of Music. The program provides high quality music education and mentorship free to children and youth facing various barriers to access. From an early age, music provided Sarah with the tools she needed to navigate the challenges she faced in her life, so she recognizes how important it is for every child to have those same opportunities. In support of this effort, $1 of every ticket will be donated to the Sarah McLachlan School of Music.