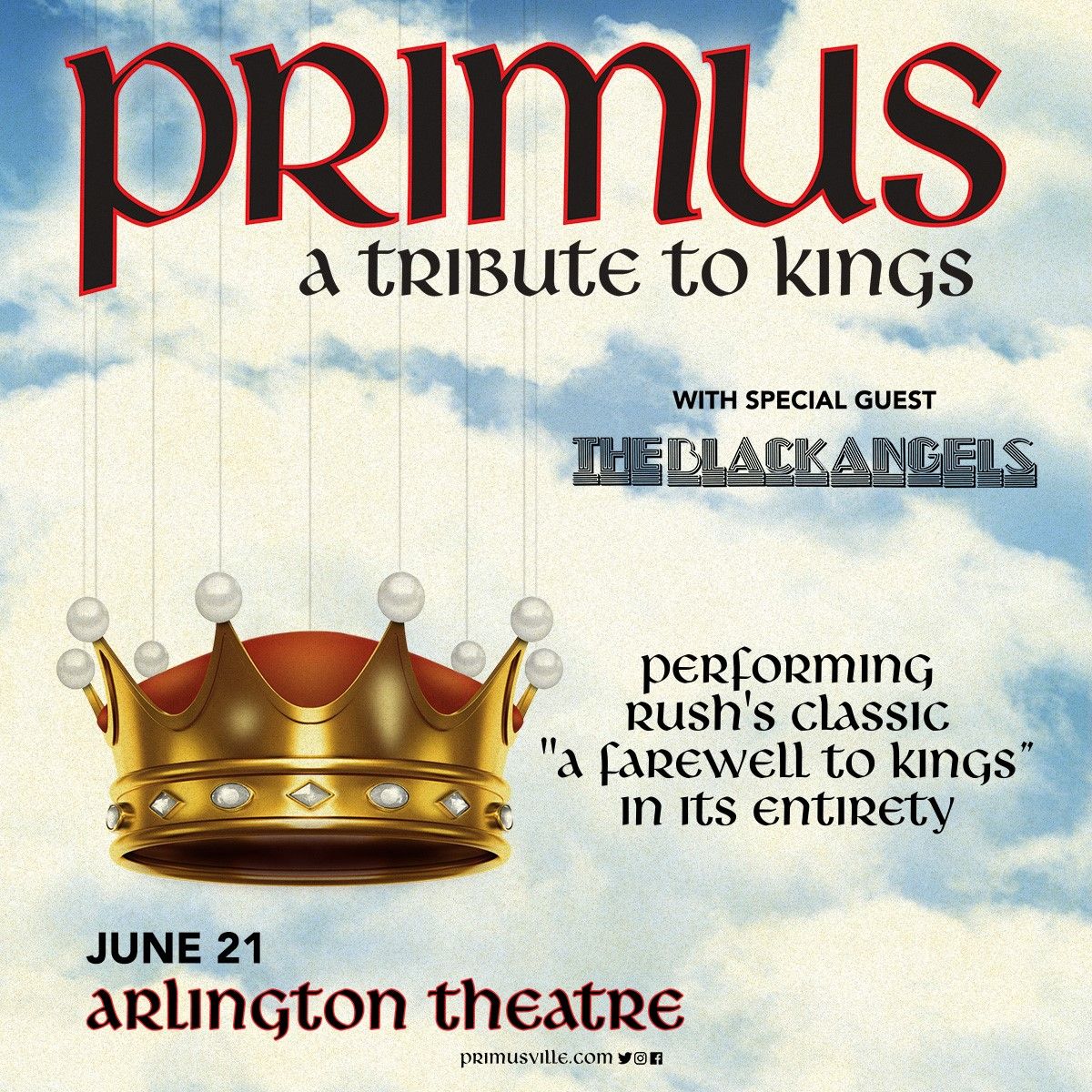 Written by Site Admin on 15 December 2021 Posted in Theatre News.

Primus ‘A Tribute To Kings’ Tour: Tribute to Rush

Primus has announced an extensive, 46-date, coast-to-coast extension of its wildly popular ‘A Tribute To Kings’ Tour, paying homage to pro-rock legends, Rush. The tour will make a stop in Santa Barbara at The Arlington Theatre on June 21, 2022.

‘A Tribute To Kings’ will find the Bay area trio performing Rush’s 1977 album ‘A Farewell To Kings’ in its entirety, following a set of their own music. The Black Angels will support the show. A special pre-sale, including VIP upgrade options, will go on sale at 12 pm local time today (12/14). Tickets go on sale to the general public this Friday, December 17th at 10 am via AXS.com. For ticketing and show info, please visit www.primusville.com/tour.

Primus will once again partner with On Location & CID Entertainment for the ‘A Tribute to Kings’ tour to offer ticket packages that include one premium ticket, invitation to a Q&A experience with Primus, exclusive VIP merch, and more.

As bassist Les Claypool told Rolling Stone, the tour is about paying tribute to a band that has given him so much inspiration over the years.

“Hemispheres was my first concert,” Claypool said, referring to Rush’s 1978 album and tour. “Originally we’d always kind of joked around about doing Hemispheres…but we settled on Kings, because A) it was the first Rush record I ever heard and B) it contains ‘Cygnus X-1,’ which has always been my favorite Rush tune. It seems to be a good one for us to tackle; 2112 seemed a little obvious.”

The announcement follows the massive success of the first leg of ‘A Tribute To Kings,’ which was long-delayed due to the coronavirus pandemic. It’s just the latest in a long series of Rush-related milestones for Primus, who first opened for their musical heroes in 1992.

“Geddy, Alex and Neil had been superheroes to Larry, Herb and I in our teens,” Claypool recalled, “so when we all became pals while touring together in the early '90s, we were pretty delighted; partially because of the musical geek-out factor but mostly because the three guys whom we had admired so much from afar, turned out to be truly great, down-to-earth humans, and like us, a tad eccentric.”