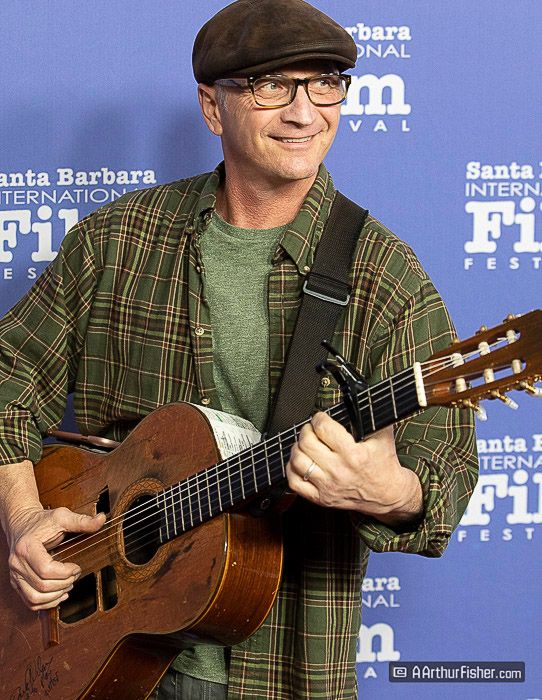 “Oh, what a beautiful city!”
“What a majestic place to be- near the ocean and the mountains!”
“That city is the prettiest place I have ever visited!”

There is goodness in abundance in this special community we are lucky to call home. During closing night at the 35th Santa Barbara International Film Festival, we were all reminded that there is a sort-of special sauce in Santa Barbara and it is embedded in both its radiant natural beauty and the people who make this city incredibly unique.

Six documentary short films brought enthusiasm to the festival’s final night each produced by local filmmakers.  Cabrillo Village, a short film on the power of persistence opened the night. The film shares the story of a small group of men who asked for a small raise as farmworkers, and were denied.  With determination, they were able to create the first farmworker’s cooperative in the United States.

Hannah’s Ride illuminates the strength of moving beyond what we think our bodies can handle.  Hannah, diagnosed with a rare metabolism disorder in her early youth, found a passion early on in life; cycling.  Within a few months of learning to ride a bike, Hannah found herself intrigued by cycling competitions. To date, Hannah has ridden some of the nation’s most challenging road races, all with a feeding tube.

State Street Serenade is perhaps the most tender of short films.  A local guitarist known for his enchanting parking lot guitar solos shares his story all the while, reminding any Santa Barbara local or tourist alike that even in the most unusual spaces this city is filled with magic.

Carrizo Plain: A Sense of Place is complete eye-candy to watch.  Tracking artists and landscape photographers as they work to capture this geographical anomaly in the heart of California, Carrizo Plain reminds us of the botanic diversity of central California. The film highlights the seed bank at our very own Santa Barbara Botanic Garden which keeps our botanic treasures preserved.

The Last Ride will have you on the edge of your seat as you watch an expert cowboy ride rodeo-broncos with brut fearlessness.  At sixty-five years young, the movie goers at the Arlington were blown away by Randy Johnson’s ability to live his best life in a career that traditionally has a short shelf life.  Clearly, our community members have grit on so many levels.

Finally, 10 Miles Out held all the attention in the theatre as the film opened with sweeping areal views of our very own Los Padres Mountains.  This film beautifully encompasses all the “best-of” in Santa Barbara. Shedding light on the landscape of our backcountry and the people who help preserve our trails, 10 Miles Out is a look into the power of connection between Santa Barbara’s beautiful scenery and all those who traverse the trails to explore, seek quiet, find peace and above all, soak in the beauty that surrounds.

Closing night did not disappoint and with a nearly sold-out theatre, Santa Barbara’s 35th International Film Festival was a success.  Ending the eleven-day festival with local filmmakers seems perfectly fitting. The films all share more than their local roots. They share a common thread which are Santa Barbara specific traits:  beauty, connection and drive. The 805 is worthy of ooh’s and aah’s.