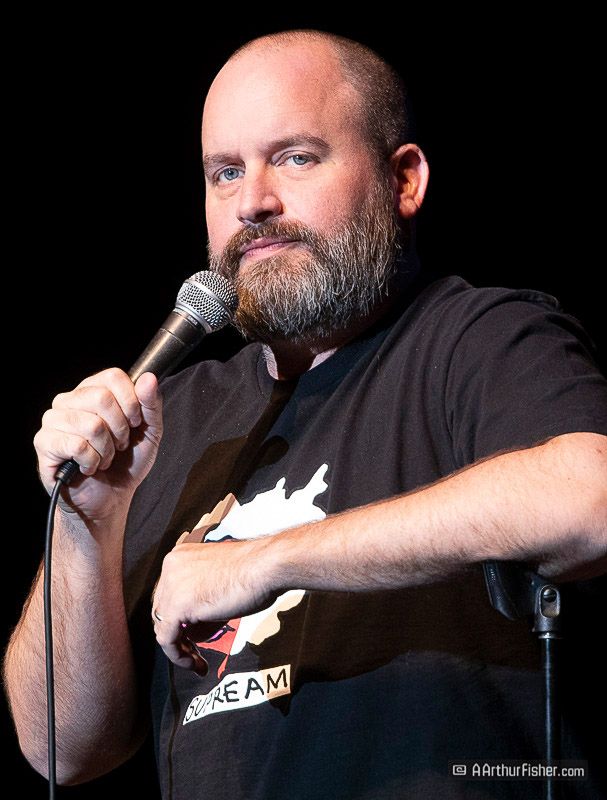 Written by A. Arthur Fisher on 27 September 2019 Posted in Event Reviews.

There’s something big going on in comedy right now. Seinfeld famously commented a few years ago that he would no longer play to college crowds because he couldn’t say anything funny without getting blowback. They all find something to be offended by. Now the pendulum is swinging back from the whole PC movement. Dave Chappelle's recent, controversial tour also comes to mind.

Freedom to say anything has been the hallmark of comedy since, well, forever. Much of comedy is offense...to somebody. So, if you believe that you have a right to not be offended, then you have thrown a wet blanket over comedy.

“If you didn’t like that joke, don’t think about it!”

“I’m not bothered by offended people.”

Segura had a full treasure chest of comedic material available to him because he is not bothered by offended people. In fact, his maibox is busting over with hate mail. What else is left when you insist on correctness? Comedy so light that it's probably not terribly funny to anyone.

Except for political humor. For some reason, this so-called right to not be offended does not seem to apply to American politics. Even for those who tow the line, all PC rules seem to fly out the window when it comes to idology. But I still don’t know where Tom stands on the political spectrum. And I like that. How refreshing it is to see a comedy sketch devoid of political ideology.

Like other comedy-greats, Segura had plenty of stories about his family, his wife & kids. Clearly, his act is drawn largely from his own real-life experiences as seen from the eyes of a comedian. While this is nothing new, he tells his stories with a genuine gust and charisma. They don’t sound rehearsed. Then there’s uncomfortable laughter.