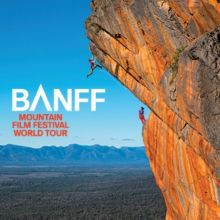 A Santa Barbara institution, the Banff Mountain Film Festival World Tour is a perennial fan favorite. Featuring the world’s best films and videos on mountain subjects, the tour awes viewers with thrills and grandeur captured in exotic locations the world over. The show’s wide variety of film subjects – from extreme sports to mountain culture and environment – will amaze audiences. An entirely different program of films screens each night.