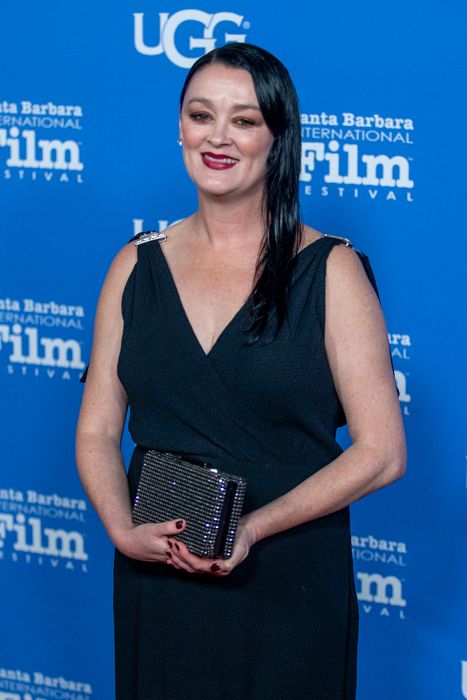 As the Santa Barbara International Film Festival celebrates its 35th anniversary, an Irish film takes the stage as the opening night feature, A Bump Along the Way.  With central themes close to the heart of SBIFF’s executive director, Roger Durling, this film illuminates the idea of community, inclusivity and communication.

Fueled by females, the film directed by Shelly Love, produced by Louise Gallagher and starring Bronagh Gallagher, Lola Petticrew, Mary Moulds, Dan Gordon and Brendan Farrell, folds a middle-aged woman and her unlikely turn of events into a storyline that pulls at one’s heartstrings.

Bronagh Gallagher plays Pamela, a middle-aged mother whose daughter, Allegra (Lola Pettigrew) is defiantly against her mother’s lifestyle and choices.  Gallagher, Petticrew and Moulds exhibit the tender simplicity of living in Gerry, North Ireland where seven degrees of difference would seem like quite a lot!

When Pamela becomes pregnant from a one-night stand with a considerably younger man, Allegra resists her mother’s efforts of love and maternal care with vigor.  And in the town of Gerry, where everyone knows everything, turmoil erupts at Allegra’s middle-school as she is bullied by a classmate.

Allegra begins a downward spiral with her own decision making while Pamela, now well into her first trimester, begins up-leveling her daily choices.  Instead of champagne mid-day, she cooks quinoa and steamed veggies. Instead of scandalous bar scenes, she trades in these hours while wide-awake waiting for Allegra to return from late-night shenanigans.

As the pregnancy progresses, communication between Allegra and Pamela subtly shifts.  Allegra learns to stand up for herself by putting her classmate in her rightful spot. Pamela finds her way as a single parent preparing for a second child and their tight-knit community finds acceptance where it matters most.

Does Pamela become the role model for her teenage daughter?  Does the father become part of the family? Do Allegra and her mother mend their bond?  You will just have to head to the theatre to know for yourself!