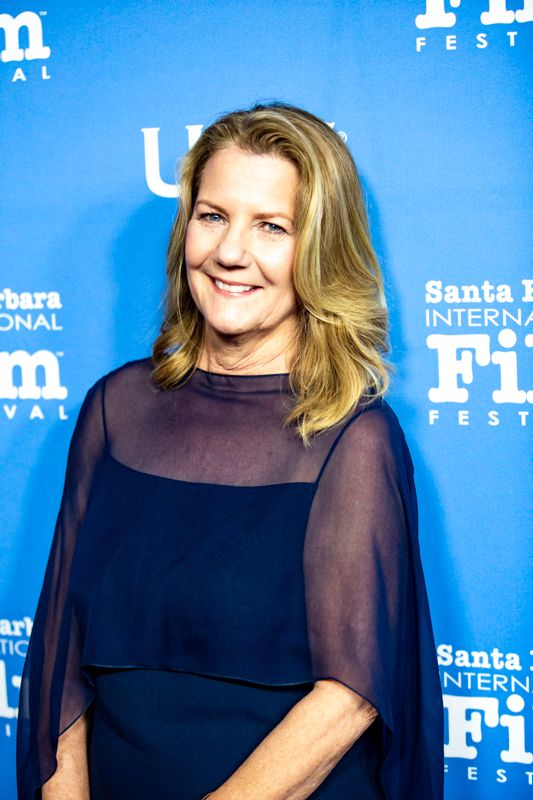 When the people of Santa Barbara show up for opening night at the Santa Barbara International Film Festival, they go big. Fur coats, sequin dresses, shiny leather pants are seen everywhere as the key players begin to show their faces on the red carpet. The energy, excitement and broad smiles seen throughout the fast-moving crowd represent the true symbol of support for the 43rd SBIFF. With a sold-out event, the Arlington Theatre was brimming with anticipation.

Opening night began with Diving Deep: The Life and Times of Mike deGruy. A Santa Barbara local, Emmy-winning filmmaker, biologist and adventurer, the late Mike deGruy created many positive connections with all those who knew him. His wife and filmmaking partner of many years, Mimi deGruy wrote, produced and directed Diving Deep. After Mike tragically died in a 2012 helicopter crash, while filming for director James Cameron in Australia, Mimi began to rediscover video clips of her late husband and felt compelled to share his message. Thus, the creation of her documentary, Diving Deep, began.

On the red carpet, when asked how Mike’s hometown should receive this documentary, Mimi warmly shared, “I would like them to receive it as just a film that celebrates his spirit and hope that people take a little of that spirit with them when they go, and they have that in how they relate to the ocean, the film and each other.”

Mimi deGruy, was joined on stage by Director of the Santa Barbara International Film Festival, Roger Durling. “The world breaks everyone, and afterwards, many are strong at the broken places,” Roger Durling repeated as he shared his history as well as the directions he has gone at the helm of SBIFF. Mike, a long-time friend and support to Roger, encouraged him as he transitioned into the director role of SBIFF in 2012, telling him, “You are going to take it to places it’s never been.” Mike was an undeniable cheerleader to many. And Roger took Mike’s words to heart.

Mike, a native of Mobile, Alabama and described as a, “…human exclamation point,” always had close ties to the ocean. Growing up, Mike was an avid swimmer, explorer and high-diver. He began exploring scuba as a young adult, and never turned back. His efforts to always go further and dive deeper were made more accessible when he discovered how much he loved filming. Travelling the world, Mike set out to share the view of everything he captured through all of his ocean adventures. Fearless in his endeavors, Mike once placed himself in a wetsuit alongside seal pups, as a film crew tried to capture killer whales in a feeding frenzy.

When the Gulf of Mexico experienced a catastrophic oil spill in 2010, Mike began to elevate the intensity of his message to the public, government, environmental associations, and oil companies about the need for money to be piped into ocean research, not oil refineries. With Mimi and their two children by his side, they returned to the Gulf to begin filming the effects of the spill on the coral reefs below. Their collections of data and video footage painted a picture of a grim future for our oceans wellness should we do nothing to change our current behaviors and patterns.

The film, a collection of video snippets of Mike, his colleagues and his family, was also beautifully woven together by images of galactic-like deep sea creatures that most of us have never seen, even on the nature shows. Through Mike and Mimi’s passion work, they were able to educate thousands of people about the places in the dark we have only just begun to understand.

Diving Deep is an exploration of the wide and amazing ocean depths we have yet to explore. Additionally, the film engages the audience in the exploration of self, whether we like going there or not. “The ocean,” Mimi states, “is a finite resource.” She emphasizes the same message when sharing as part of the film: “When Mike left, it felt like we were mid-conversation.” Our closeness to everything is a finite resource. Diving Deep breathes life into the important work we all need to do to protect and honor our world’s oceans. It is also a keen reminder to preserve all that is gifted to us in this precious life.