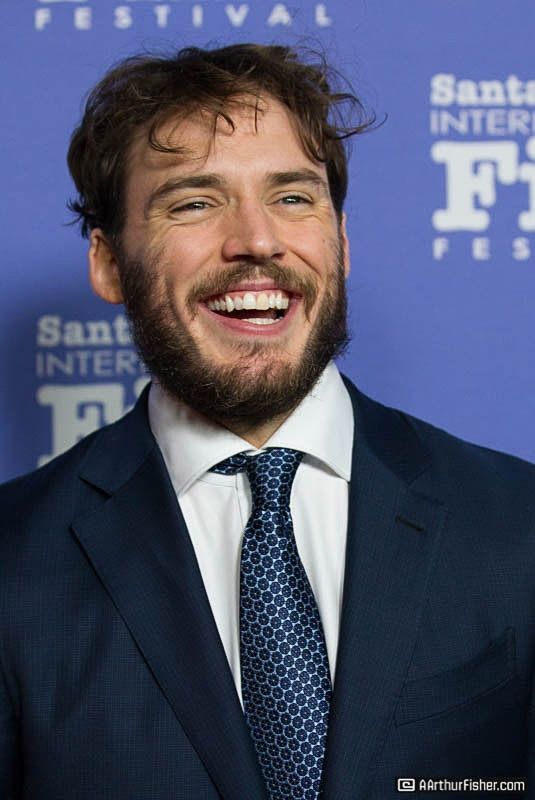 Written by Briana Westmacott on 11 February 2017 Posted in SBIFF Reviews.

How apropos, the SBIFF culminated with a film about filmmaking. Closing night dropped the curtain at the Arlington Theatre with Their Finest, a British romantic comedy set in 1940 WWII era.

Gemma Arterton, Bill Nighy, and Sam Clafin star in this period piece directed by Lone Scherfig. Their Finest tells the story of a woman played by Arterton, hired by the British ministry to help write a movie to boost morale during the war and encourage the USA to help Britain. Aterton’s character is married, yet she begins to fall for her handsome lead scriptwriter played by Sam Clafin. There are many moments that highlight the process of filmmaking while taking the time to spotlight the importance of women’s contributions to the fine arts. Their Finest weaves love and war with comedy and tears. The audience in the Arlington Theatre was alive with emotion.

Prior to screening the film, Roger Durling delivered opening comments to close the festival. He urged that we continue to “make movies that inspire and show the way,” especially during hard times. Their Finest does just this as the characters wrote and shot scenes through WWII bombings that had buildings crumbling around them. Durling also reinforced that we are a film community focused on “internationalism, not isolationism,” a nod to the multitude of skilled foreign filmmakers who participated in SBIFF this year.

Closing night had actors Bill Nighy and Sam Clafin on the red carpet. They expressed their honor in being a part of the final film, and they also reiterated just how idyllic Santa Barbara is, paralleling the city to paradise. After eleven days of glitter and glam and talent swarming the streets of Santa Barbara, we are all sad to see the festival come to an end.