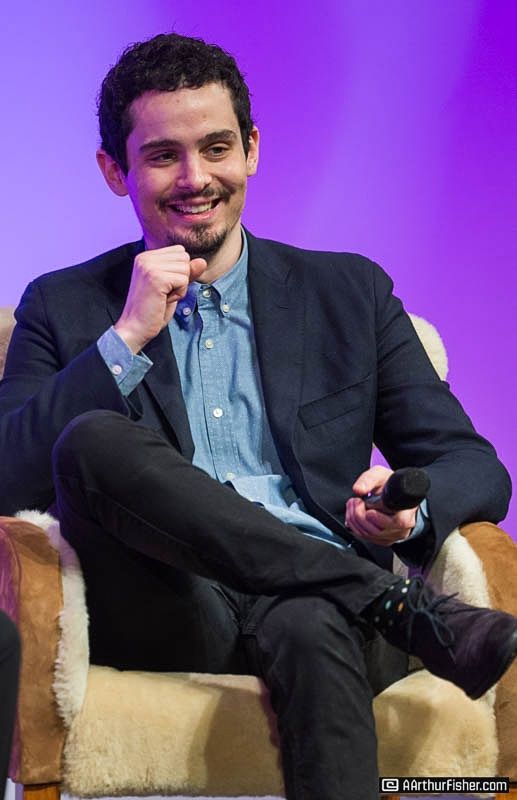 Written by Jennifer Strube on 07 February 2017 Posted in SBIFF Reviews.

Reaching Past to Present: The Outstanding Directors and their Formula for Film

Each year, the Santa Barbara Film Festival honors directors who have gone above and beyond in their filmmaking to present them with the Outstanding Directors Award. This year was no exception. Moderated by Pete Hammond and featuring five directors from five Oscar-nominated films, the evening was a delightful discussion on how scripts are given life.

“It was a losing proposition at first,” remarked Damien Chazelle, writer and director of La La Land, who began working on the film in 2011 at age 27. To his dismay, Chazelle gathered very little interest in his tap-dancing vision. To offer proof-of-concept of himself as a director, he wrote and directed another film Whiplash (2014). When Whiplash stole the hearts of the audience at Sundance Film Festival, Chazelle used the opportunity to repitch his La La Land dream. It sold, and in preparation for the film’s eventual production, the cast visited Gene Kelly’s archives, paging through Kelly’s directorial notes. “Trying to find what’s still vital in these forms,” Chazelle reminded, allowed me to “use fantasy to comment on the real world.” Blending a by-gone era of cinemascope with traffic-infused highways brought the past to kiss the present…

And such romancing worked.

The passion to embrace one’s past was a focus for many of these directors. Director Ava DuVernay grew up in a poor neighborhood in Compton where there was a heavy, untrusted police presence. “I didn’t pick up a camera until I was 33; there’s no movie theatre in Compton,” said DuVernay. When Netflix offered her a contract after her amazing direction of Selma (2014), DuVernay knew she had already witnessed her plot. Her film 13th is a documentary on the criminalization of race in the American justice system, a subject she is no stranger to. “I wanted to create a pocket-size history lesson about America and its systems of repression. We don’t need more band-aids… Our now can be informed by our then so each viewer can have their own revolution.”

Autobiographical work did not stop with DuVernay. Director of Moonlight, Barry Jenkins, also spoke of his life overlapping his plot. Moonlight’s script, drawn from Tarell Alvin McCraney’s play from his 2003 application to Yale, is based entirely on actual moments of Tarell and Barry’s early life, where each grew up as sons to crack-cocaine addicted mothers. “I didn’t want to reach into my past and have the audience not have my full experience,” Jenkins said. While such direction requires intense personal reflection, Jenkins championed the power of film to create change. “You don’t watch this film and think this kid will grow up to make art that could win eight Academy Awards.” And yet there Jenkins sat on the stage of Arlington Theatre, his life the script that brought him forward.

“I wanted to tell a story with two parallel lines, one in the present and on in the past,” said writer and director of Manchester by the Sea, Kenneth Lonergan. The film chronicles a man’s journey after losing all three of his children and is both “full of tragedy and the amazing feats people do when in tragedy.” While the film was originally a collaboration between Lonergan and Matt Damon, Damon handed the project off to Lonergan, who immediately cast Casey Affleck for the lead role which won him Best Actor at this year’s Golden Globes.

Nominated for a British Academy Award for his sci-fi film Arrival, Denis Villeneuve ended the evening discussing his youthful obsession with sci-fi. In 1977, he was 10 years old when Star Wars premiered in the theatre. “We arrived 20 minutes late to the film, and I had to fill in the holes.” This idea of “filling in the holes,” of letting the audience remain challenged for all that is unsaid, remained a core component of his film. Based on Ted Chiang’s tale Story of Your Life, Villeneuve crafted the film to urge audience connection with “those on the other side of a wall,” all inspired by a childhood jaunt in the 1970’s to a movie theatre.

“These are fiercely personal visions,” commented by Paul Rickman, the presenter of the awards at the evening’s conclusion. And indeed, they are. Thank you, directors, for reaching into your history to mine these gems. They sparkle as you do tonight.