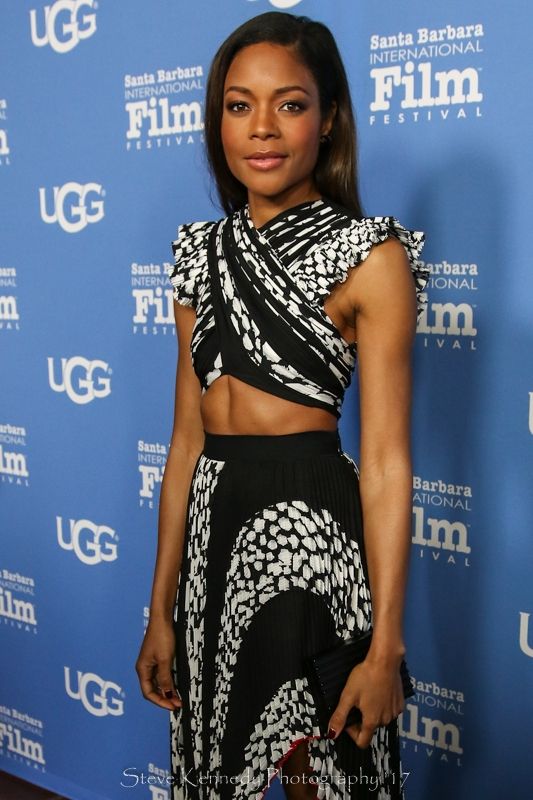 Written by Jennifer Strube on 04 February 2017 Posted in SBIFF Reviews.

Virtuous Virtuosos: A Night Filled With Truth and Light

Each year, the SBIFF honors actors who have achieved a breakthrough performance in film with the Virtuoso Award. While we expect these recipients to be well-studied and glamorous, we might not expect their casual words to cause breakthrough for us as mere Saturday night audience members of the awards ceremony. We might better expect Hollywood to put stars in our eyes but miss our hearts. Yet this year, the panel of eight Virtuosos did just that, becoming champions of virtue on a rainy Saturday night. Hosted by awards expert, Dave Karger, the evening showcased video montages of and fifteen-minute interviews with each honoree. Each of the eight, each star used their spotlight for the justice that art must defend. Through vulnerability, passion, and precision, whether 26 or 67, each star was a monument of character.

Let’s begin with the Academy Award nominated film Moonlight, which offers an intricate look at drug addiction, yet stars Naomie Harris who’s pure of caffeine, drugs, and alcohol. “I couldn’t even light the cigarette,” she remarked to host Karger. “I was useless at it.” However, this inability led to the most heartfelt, tear filled scenes for her. Harris filmed her role in only three days, working relentlessly around-the-clock to find uncomfortable places inside herself to give dignity to her drug-addicted character. “I didn’t think I could find her, but the most important thing an actor can do is provide a non-judgmental space within yourself to allow your character to appear.”

Two more Moonlight stars, Mahershala Ali and Janelle Monáe, also graced the stage with their own words on media, stories, and honesty. Ali, a Muslim who often participates in peace marches, and a man nominated for Best Supporting Actor, made a point to remind that “at the end of the day, we are just trying to do work that’s truthful, that explores the human condition.” Monáe continued her sentiment stating she “wants to tell universal, unique, and untold stories in unconventional ways. Monáe also appeared in Academy-Award nominated Hidden Figures, a story of African-American women mathematicians who were essential to the early NASA years. These women are Monae’s “true American heroes.”

“This isn’t just a black story. It’s an American story. It’s my story,” further commented Ruth Negga, who is nominated for Best Actress for the film Loving. Ethiopian by descent and raised in Ireland, Negga currently resides in England and uses her powerful voice as an advocate for change. Traveling the world with her movie, she’s found Loving isn’t just an American story. No matter the city about the globe, “people say thank you for bearing witness. I think that’s what art does – it bears witness to stories that otherwise would remain untold.”

“This is an anthem of resilience, and the journey I want to go on,” continued Dev Patel, also nominated for Best Supporting Actor this year for Lion. You may remember him and his beautiful performance in Slumdog Millionaire. Patel talked of eight months of sleepless nights to prepare himself for an authentic film ending to “not overcook the moment.” Spending hours on Indian trains, the role was a process of introspection and stillness that he hopes to keep espousing in the world.

Patel was not alone in the sleepless nights of intense personal transformation his role afforded him. As Dave Karger remarked, “Aaron Taylor Johnson was on a steady diet of serial killer documentaries” to play his deranged role in Nocturnal Animals. Already the Golden Globe winner for Best Supporting Actor, Johnson remarked that after the film, “I needed to be nurtured back… [My family] was very pleased when I could finally cut my hair and fingernails.”

In between serial killers and crack addicts, Golden Globe Nominee, Simon Helberg, brought a lightness to the evening with his work in Florence Foster Jenkins. Helberg, most known for his work in The Big Bang Theory, remarked that his “dreams were fulfilled when he realized Ugg made furniture.” Exiting the brown suede director chairs covered with white sheepskin fluff to receive his award, Helberg remarked, “Now I can give my Golden Globe speech I never got to do.”

The train indeed came into the station when Santa Barbara local Christopher Lloyd presented the eight honorees their awards. But we all had the feeling that this was just the first of many train stops for this ensemble.