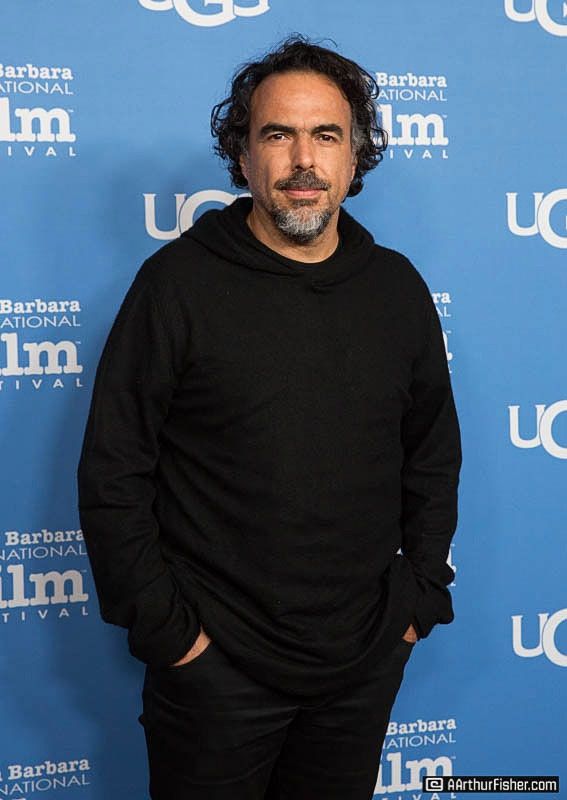 Written by Jenny Schlax on 12 February 2016 Posted in SBIFF Reviews.

No Fleeting Wisp of Glory

The Santa Barbara International Film Festival had the honor of hosting all five Oscar nominated directors at the Outstanding Directors Award tribute this year, creating a scene akin to Camelot’s own Knights of the Round Table.

Film Festival director Roger Durling admitted to being giddy in the presence of these great men. “Look,” he exclaimed, “my palms are sweaty!” Durling quickly introduced the night’s moderator, Hollywood Reporter’s own Scott Feinberg to take over the stage.

The movies directed by the night’s honorees ranged from the hardship of the uncharted wilderness in America during the 1800s, to the experience of a boy growing up in the small confines of a room.  Movies so different, you get a unique experience from each one. As director Alejandro Inarritu said, “There are moments from each that you keep reflecting on after.”

Lenny Abrahamson was being recognized for Room, a movie about a woman held captive with her five year old son in a small room until they finally gain their freedom. Abrahamson had to shoot in an actual 11 X 11 room with no walls removed for filming. “I had to lie flat in the tub during shooting so that I could not be seen,” he described. It was necessary to keep the authenticity of the situation and highlighted the courage of this mother to give her child the chance to have a real childhood under dire circumstances.

Moving from a small room to the great outdoors brought us to Alejandro Inarritu’s film The Revenant. The film was shot outside, where Inarritu believed the physicality of the experience helped enhance the performances of the actors.  “They didn’t pretend to be cold, they were cold,” he explained, “good actors react.” The film was also shot in natural light, which Inarritu believes is a director’s best ally.

And where do you go from the frontier? To church of course. Tom McCarthy explores the investigation of allegations against priests of the Catholic Church in the film Spotlight. McCarthy and his crew traveled to Boston and did more investigation of their own, and took what they learned into the film. He was excited to have a great cast that were able to portray real people and give life to this important story , one that has had real world impact. The film was screened at the Vatican and further investigations are underway.

So far the night’s films have covered frontier life, life in captivity, and misdeeds of priests, so how about some finance now? In the film The Big Short, director Adam McKay brings Michael Lewis’s book to the big screen. “I knew half way through the book that it needed to be a movie.” McKay states, “I had to open the story up to the audience.” Known more for comedy than drama, McKay mixed the two in his portrayal of the story, which also included a star-studded cast who not only got the story, but were not worried about their image. According to McKay, they story isn’t a right wing / left wing one, everyone in 2008 lost their homes and savings.  “The end message,” proclaimed McKay, “Don’t vote for politicians that take money from banks.”

To end the night, Feinberg made the biggest leap of all – to the Citadel. George Miller’s film, Mad Max, follows apocalypse survivors fleeing the Citadel across the desert. It is as big as a film gets, with major special effects and massive chase scenes. Miller claims the key to the movie’s success lies entirely with the team amassed to create the film. “It is critical to get the right team together, like a band,” attested Miller. “If something went wrong, it would go horribly wrong.”

As the night closed and the directors collected in a group with Feinberg, it was definitely a stage filled with greatness. Yet with all the accolades and box office success these men had this year, all five were quite gracious and humble still, with McCarthy quipping, “I’m honored, but it’s been going on too long.” I guess it's hard being a legend.