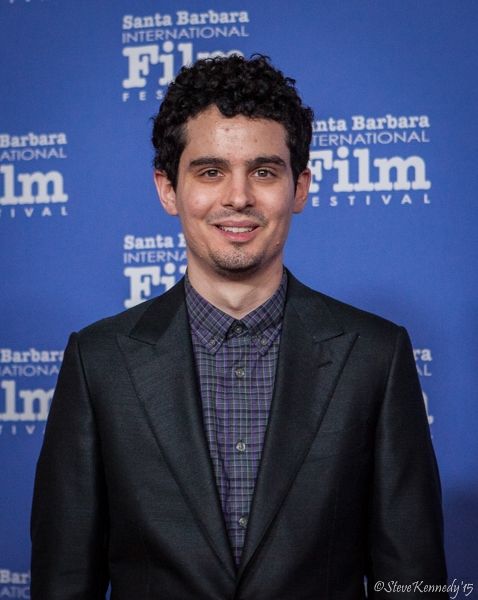 Written by Jenny Schlax on 04 February 2015 Posted in SBIFF Reviews.

The Outstanding Directors Awards Tribute: A Community of Generals

To some, movie award season is just a beauty pageant of stars; a time where actors, writers, and directors can compete for the position of top dog of the movie industry. But according to Foxcatcher’s director Bennett Miller, award season, as well as film festivals, are a time to congregate with like-minded people who share your interest and experience in creating movies. Like seeing a fellow general and understanding what he has gone through, and thus bonding immediately. It is a time to meet those whose work you admire, a time to share ideas, and a time to just mingle with your peers.

The Santa Barbara International Film Festival adopted this mentality this year, deciding to combine the Outstanding Director of the Year Award with the Directors Panel and honoring five, not just one, of the year’s top directors in one evening at a prime Santa Barbara location, the Arlington Theater.

The directors honored this year by SBIFF are all brave visionaries bringing outstanding and very different stories to the big screen. Directors are a different breed; responsible for creating something from nothing but an idea. To manifest something material and tangible from written words, thoughts, ideas, and visions, takes a very special talent – and obsession. Moderated by Scott Feinberg of The Hollywood Reporter, directors Damien Chazelle (Whiplash), Richard Linklater (Boyhood), Bennett Miller (Foxcatcher), Laura Poitras (CitizenFour), and Morten Tyldum (The Imitation Game) shared their obsessions Wednesday night.

Damien Chazelle is the freshest and youngest of the tributes.  Chazelle wrote and directed Whiplash, which first appeared as a short before getting funding for a full-length feature. It first gained notoriety at last year’s Sundance Film Festival and has flown into popularity since.  Based on his personal experience at a prestigious band school, it tells the tale of a drummer whose teacher motivated his students though fear. “It was difficult to persuade people that this was something they wanted to sit through. It’s about bullying and abuse,” Chazelle explains. “Inflecting harm on another for art is different than inflecting harm on yourself… It begs the question, does the outcome justify the abuse?” Although he admits he made the teacher more of a monster in the film than he was in real life, he is still terrified of playing the drums to this day.

The most seasoned of the directors, Richard Linklater, has a much different tale to tell in Boyhood. The movie was filmed intermittently over a 12-year period, following the main character from ages 5 to 18. The story is a fusion of Linklater’s memories growing up and his experiences in adulthood. It has to do more with time than with plot. “I feel that it’s real; in our own narrative of our own lives, there is no plot… It kinda happens that way.” It stars Linklater’s daughter, who became bored with the project around age 12 and asked her dad, “can my character, like, die?” Luckily, Linklater declined claiming it would be too dramatic. She was able to complete the project, learning to enjoy the process and the extra income.

Bennett Miller, better known as the “Best Actor’s Director,” is awkward and funny at the same time. His film Foxcatcher, based on the lives of the Schultz’s brothers and multimillionaire John E. du Pont, contains well-known Hollywood stars in roles that stretch their own limitations. Miller received the story from a random stranger in a store that gave him an envelope of newspaper clippings stating “You should be interested in this.” That stranger served as executive producer on the film. Miller is mainly interested in narrative films, the only thing available to him he felt passionate about and that didn’t require permission. As to being the “Best Actor’s Director“, Miller bragged that Brad Pitt claimed it was "most uncomfortable to work with him and not in a good way uncomfortable,” as Miller too struggles, clumsily to achieve the performances he shares with his actors.

Laura Poitras is the only female, and coincidently, the only documentary director in the night’s tribute. CitizenFour is the documentary of a reporter meeting with Edward Snowden in Hong Kong, right after he leaked classified information from the NSA. Snowden sought her out as a reputable journalist not likely to cave into pressure from authorities, not to create a film. She kept her contact under radar and met with legal representatives to assess the risk. Contrary to normal documentary releases, they had no early press releases. The press, public, and government got to see the film at the same time. Poitras stressed that source protection was her utmost concern with this provocative documentary.

The only foreigner in the tribute was director Morten Tyldum, with his first English language film The Imitation Game. According to Morton, the film is about “a gay mathematician that kills himself.” The story is based on the true story of the man who helped solve the Enigma code during WWII, and later committed suicide after he was prosecuted for being gay. Like Chazelle, Tyldum had a hard time realizing a dark concept like this could be a crowd-pleaser. “The characters are relatable… It’s the human aspect of the movie, not the history lesson that is appealing.”

Andrew Davis, director of The Fugitive and the self-proclaimed “guy from back in the day,” presented the awards to the five honored directors. The respect and admiration they shared was obvious as they exchanged comments and tales amongst themselves. It was refreshing to see the directors sitting as comrades celebrating film rather than adversaries fighting for awards. A true community of generals.