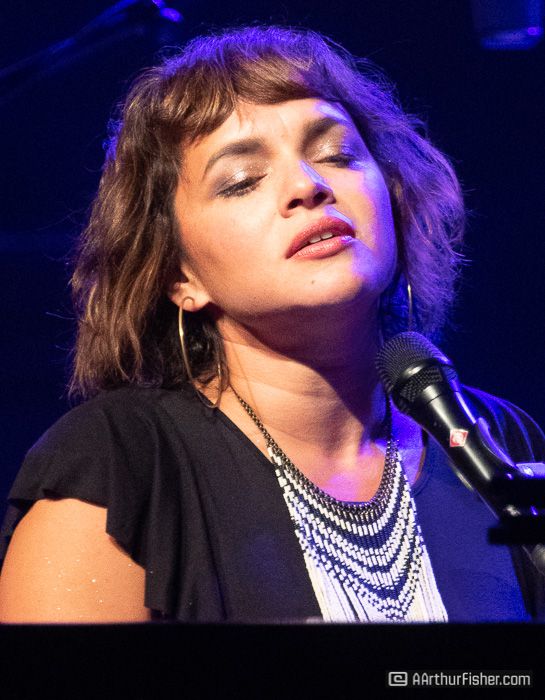 Written by Jenny Schlax on 28 September 2018 Posted in Event Reviews.

Large crowds were wrapped around both sides of the Arlington Theater, eagerly waiting to see Grammy Award winning jazz musician, Norah Jones on a Tuesday night in Santa Barbara.

Normally a sleepy town, crowds came out in droves to see the talented, elusive Norah Jones. And it was a very diverse crowd with the average age being well above what you might generally see out on a Tuesday night. But it was the music that drew the masses.

In an age of computer driven music, it was refreshing to enjoy an evening of sweet slow jazz. Norah’s infectious heavy voice spoke to the hearts of everyone in the theater. Touring in support of her sixth album, Day Breaks, Norah is bringing her music across the world, delightfully making a stop in Santa Barbara at one of its most intimate venues.

Quietly making her way to the piano, a gracious Norah starting into “What am I to You,” a single off her second album. The audience was thoroughly engaged, not a single phone light to be seen in the crowd. Norah crooned her way through a few more known songs, before playing something completely new “released on the internet – you have the internet here, yes?” As the jazz poured over the theater, people swayed, wooed, and melted into the music.

With a voice that filled every shadowy corner of the Arlington, Norah drenched Santa Barbara with heavy mood. Something they will come away with in the night.