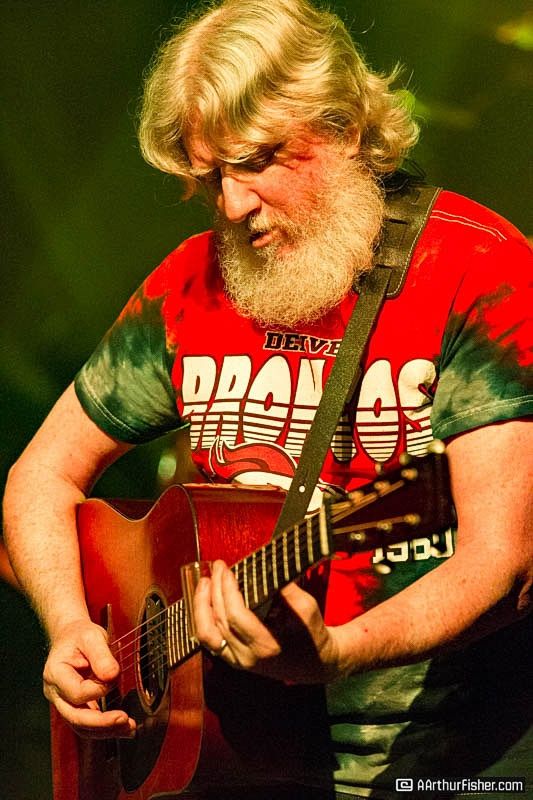 Written by John Hollis on 14 March 2016 Posted in Event Reviews.

We started our String Cheese Incident experience on the way to the Arlington with our uber driver, a peppy young pup, asking “Aren’t they kind of like bluegrass?” Well, yes and no. What a great question.

It’s been more than two decades since I first caught String Cheese playing for free on an open patio ski chalet at Alpine Meadows in Lake Tahoe. It was during my Old And In The Way fetish when I kidded myself I could keep up with the pickers. Then I saw Bill Nershi’s scorching acoustic and realized that some of us indeed must have been born on the wrong planet. Michael Kang filled in brilliantly on mandolin and violin, so much so that I tried to help them find the right venues to play as they were headed to San Francisco.

It’s been some 15 years since String Cheese Incident played the Santa Barbara County Bowl, although keyboardist Kyle Hollingsworth, who summons the playful spirit of Brent Mydland, was in town for New Noise Festival in 2011.

Are they bluegrass? Are they a jam band? Are they a refuge for Deadheads? The Arlington showcased the very best of all of the above, replete with interpretive dance in the aisles and the sweet scent of vapor. What roared from their fingertips can best be described as electrified hoedown on fast forward. Then they voyaged into tightly syncopated reggae, a tribute to Bob, a delightful psychedelic cover of Talking Head’s This Must Be The Place, and then dove deep into a Dead-inspired jam that was as much Scarlet Begonias as it was a hint of Steely Dan’s Cousin Dupree.

The best jam bands are masters of building musical tension to an excruciating climax and dropping us back safely again to the familiar groove. The boys are innovate on this climb by sheer force of syncopation at times, which is an intriguing alternative to the typical walkup. But what strikes me most about their jams is that, like the Dead, they are unafraid to wander into improvisational wonderland, but unlike the Dead, they manage to find their way home again to wrap up the song with ribbon and bow. I’d imagine it’s the difference between a loose joint coming unraveled and a pretty purple confectionary you get from the healing store. They both get the job done. But one’s tastier.